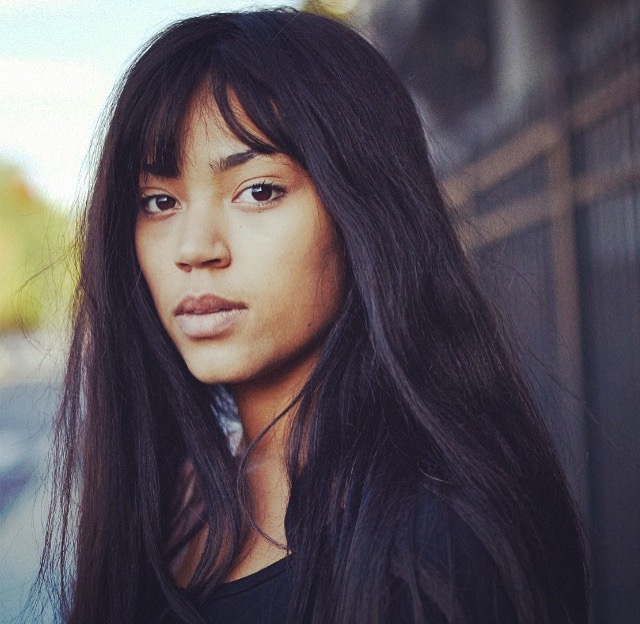 The Danish-Zambian artist Kwamie Liv is a new artist with a promising future. After her first song, 5 AM, was released on Soundcloud, last year, everybody agreed Kwamie Liv and her extraordinary sound, have a promising future ahead. Kwamie Liv has been compared to MØ and Lana del Rey. Although the young artist has a humble approach to her music, it is unquestionable that we will be positively amazed by the future creations by this young beautiful artist. The debut EP, “Lost in the Girl”, was released in February. On the EP Kwamie Liv is experimenting with trip-hop, R&B and electronica, she moves freely between genres and what they represent, interlacing poetic abstraction with dark tinged melodies.

The festival audiences had the pleasure to experience Kwamie Liv at the Roskilde Rising Stage and we had a conversation with her about the universe she creates with her sound.

#1. How was it to play Roskilde festival this year?
Roskilde was incredible. We experienced some technical difficulties but it was one of the warmest and most “with us” crowds I’ve ever played for. There was so much love and support in the air, and I’m so happy with the team I had with me. I feel very grateful.

#2. What is your relationship with the festival?
Roskilde is such a big festival and it attracts an eclectic mix of artists. Being Danish and getting to play there feels extra special.

#3. Your music seems so eclectic and urban yet in it there’s a lonesome feeling of empty cities and vast deserts, which is also present in your artwork. How and where do you get inspired when you create music?
I always have a hard time pin-pointing it exactly. Conversations with strangers, exploring cities at night, dreams, the past, love… My inspiration comes from many different places, but it always comes on its own terms.

#4. You have recently released a hauntingly beautiful collaboration with Angelo Badalamenti(best known for his music for David Lynch movies and series including the eerie soundtrack of the Twin Peaks saga). How did this unlikely teamwork come to be?
“Remember Me in every Cloud of Gold” is my first ever title song for a film. To have created it with Angelo Badalamenti, a composer for whom I have so much respect, is incredible. Initially I was introduced to the project through the film’s director Daniel Dencik. At that point they were still editing the film, but he invited me over to the studio, explained his vision to me and played me some music. The rest is history.

#5. You are a a character in an internet comic strip – and it’s exciting! How did you enter this graphic dimension?
Yeah! Myself and my co-producer BABY DUKA, used to make a weekly comic strip. We still do it from time to time. He is probably the most multi-talented creative I know, and I think once I found out how well he could draw, doing a comic together just seemed obvious somehow. I love his drawing and graphic style and when we started making music together, we incorporated that element into it.

#6. Which concert do you personally look forward to experience at the festival?
Kendrick Lamar.

#7. On your instagram(@kwamieliv) you rock some crazy beautiful outfits at the moment. Can you tell us about some favorite designers of yours?
Thank you! There are some very cool designers out there. I love the classics but I also really like the newer designers. Rejina PYO and Trine Lindegaard are two of my favorites. Rejina’s style is the perfect mix of modern and classic. The beauty of her design really lies in the detail. There is a patience and a calm to her clothes – I find her aesthtic very elegant. Trine Lindegaard’s designs feel very “now” to me, extremely fresh and raw. She often works with marginalised people to ceate her designs. Her desire to bridge the gaps that can sometimes exist between us through her art, is something I have a lot of respect for.

#8. What is the future relation between you and the Roskilde festival?
Hopefully they’ll have me back someday. 🙂

#9. What’s next for Kwamie Liv – any new releases or other exciting stuff you can let us in on?
I’m about to drop a music video for my song ‘Higher’ which I’m super excited about. I’m also working on new music and I hope to release something very soon. As far as shows go, I’m looking forward to playing Musik i Lejet, Trailerpark and Electric Picnic in Ireland this summer! 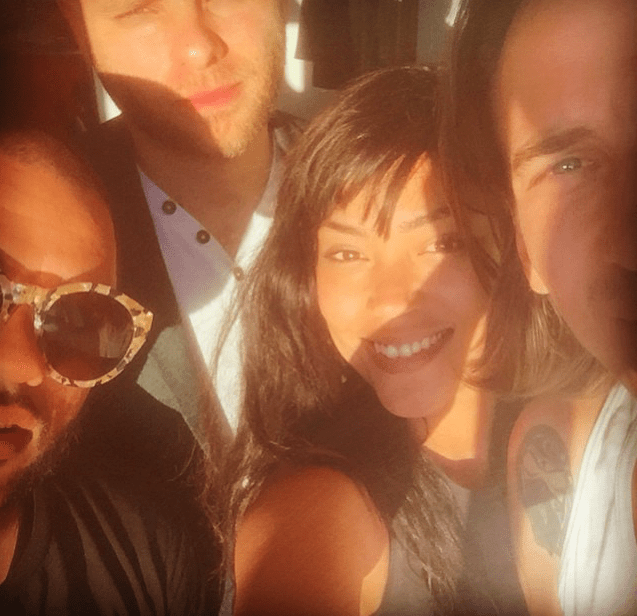