Sada Bike: a Hubless Bike Folding to an Umbrella Size Imagine a bike, that can be carried into buses, stocked under your desk, while having the size of an umbrella! Sada Bike is Italian designer Gianluca Sada’s reply to the “folding bike” challenge. All needed so as to be folded, is to remove the wheels and fold the bike, until it reaches its minimum size.

Even though it doesn’t claim to be the smallest one -the title is claimed by the Kwiggle Bike-, the Sada Bike puts together two innovations.

First of all, its 26-inch wheels do not have any hubs. Two decades ago, Swiss car designer Franco Sbarro reintroduced the wheel in such way, in order to improve cars’ driving performance. However, this hasn’t occured so far, since issues of stability come to surface, something which is Sada Bike’s question mark, as well.

Its second difference, related to its wheels again, is what happens to them once the bike is folded. They work as a bag’s framework, that can be either rolled or used as a storage space for a laptop or books.

Due to lack of tests, there is uncertainty whether it can be a comercially viable product. Even though investors have not been found yet to support Sada’s 1,500 € design, he thinks that it is “a solution that allows both portability and functionality of transport”.

What we must bear in mind, is that Sada Bike is one more proof that contemporary designers are always seeking for solutions, stretching design to its boundaries, replying simultaneously to all upcoming needs. Would you ride it? 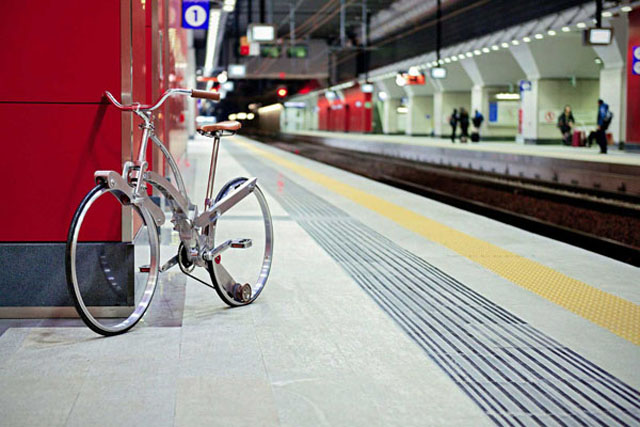 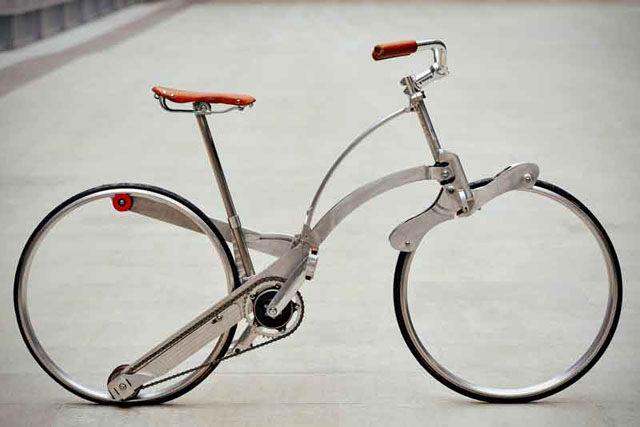 10 most stunning rooftops of the world

KGET Villa: a secluded summer home on the Mediterranean coast of France