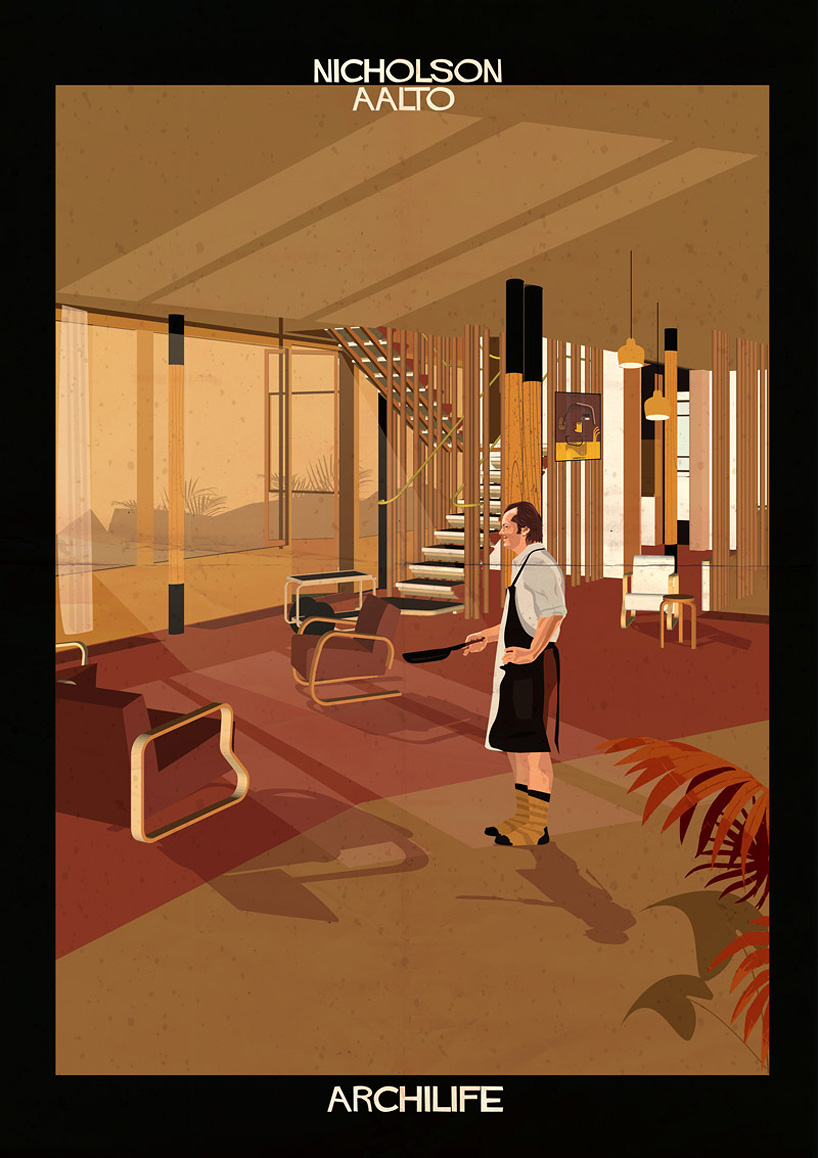 Federico Babina‘s way of reinterpreting famous paintings, masterpieces of art and symbols of contemporary culture is unique. Having already presentedd a series of illustrations, in which he redefines buildings from well-known movies, landmarks of international architecture. He has even “seen” some paintings as architectural works. And they are all more futuristic now and closer to the Italian graphi designer’s own aesthetics. Now, he adds life to these representations. Besides, “I have never liked the lack of life in the architectural representations that are often aseptic, clean and neutral. I enjoy imagining what life would be like in these static images. they are comparable to still life paintings”.

Given the fact that architecture addresses to human and an architectural illustration, without any human reference -even an illustration- results in the building being unable to be presented at its best. Babina adds acquainted performers and presents the “ARCHLIFE SERIES”.

“Ιn these pictures I try to exalt the “banality of everyday life” of famous performers employed in simple actions that interact with the space that hosts them“.