Finok & His Graffiti on Canvas! 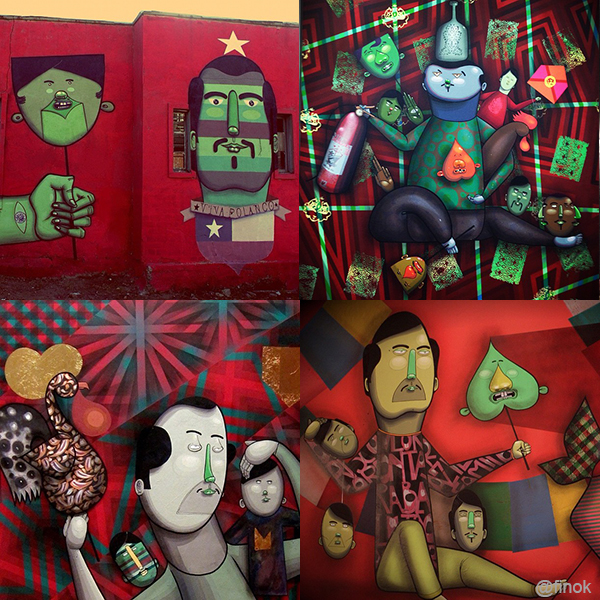 Finok is a Brazilian artist that started Graffiti when he was just 16 years old in the neighborhoods of Sao Paolo. Soon his style became recognizable and he was incorporated in an infamous graffiti crew. Everything changed in 2008 when he decided to turn into painting on canvas so as to express himself differently. In the beginning he admits that he found it difficult because he had to give great attention to details and it was hard for him not to make mistakes. The characteristics of his work are the vivid colors, the geometrical structure of his backgrounds and the cartoon like figures. He has collaborated with famous brands for their campaigns and has exhibited his work in different art shows. 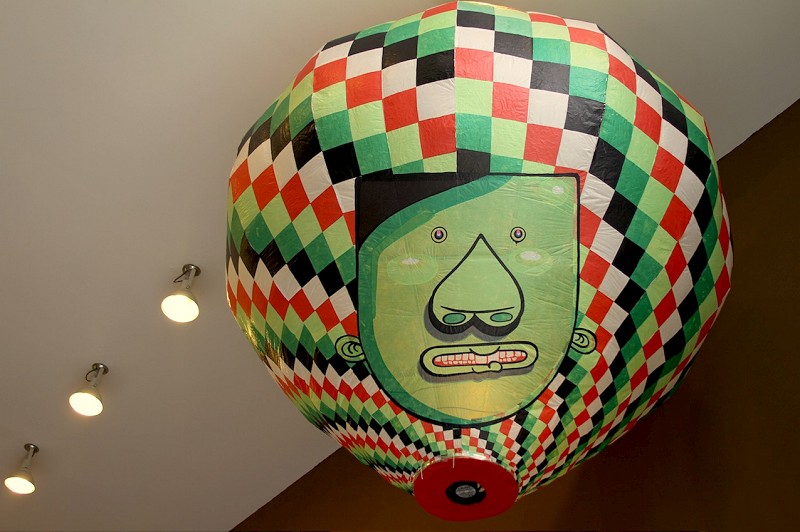 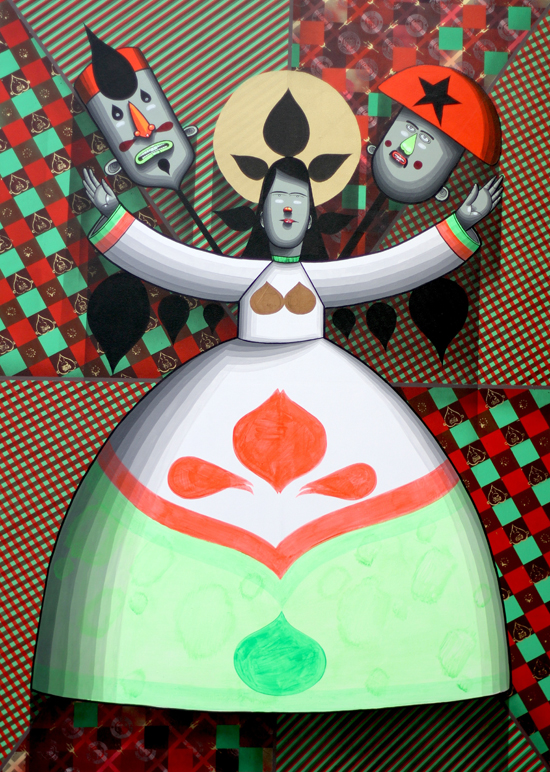 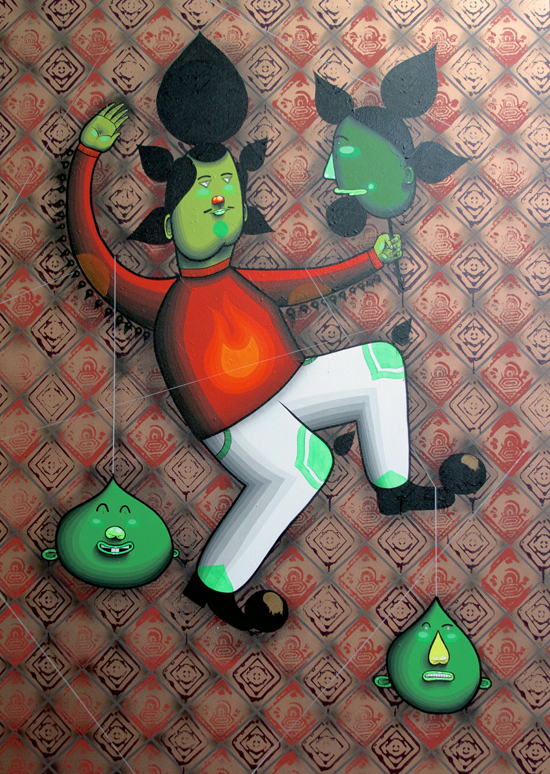 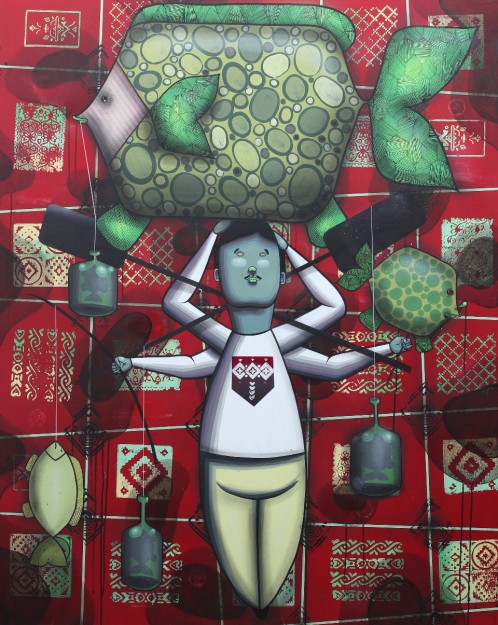 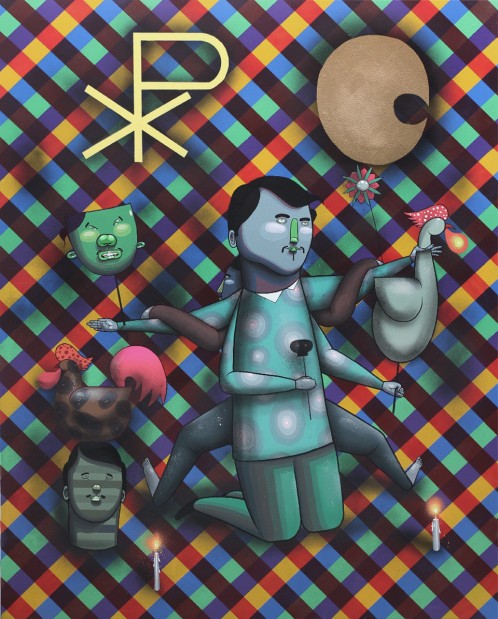 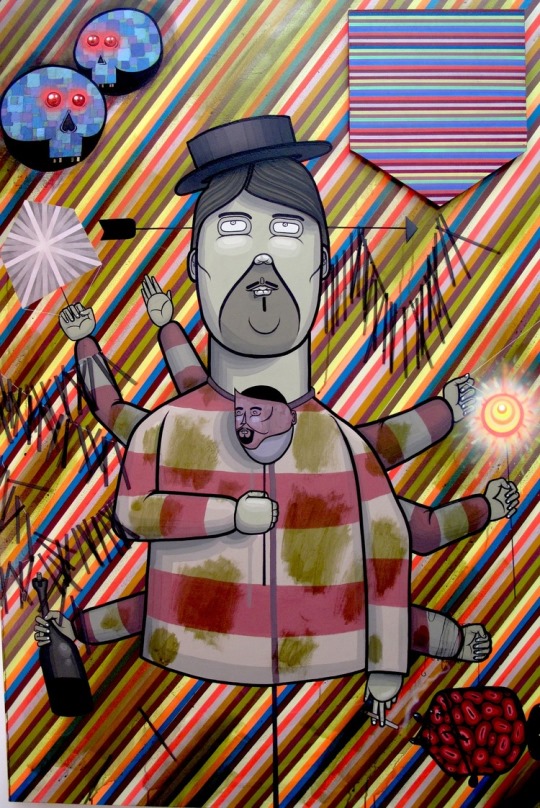