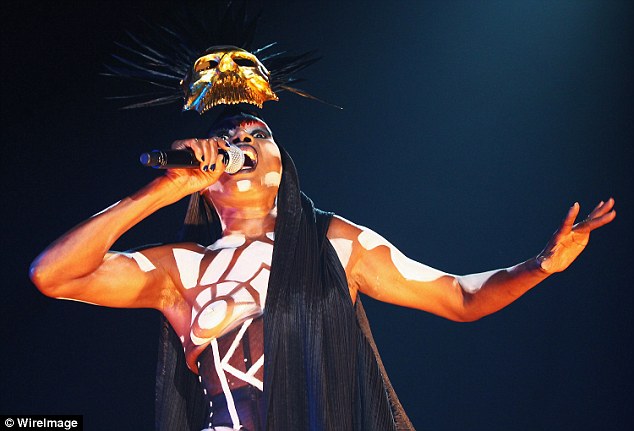 The eclectic singer Grace Jones perfomaced topless instead of the crownd and she left them speechless.

The 67-year- old singer took to the Carriageworks stage, Sydney of Australia on Sunday as part of the Vivid Sydney festival. Grace Jones had performed in tribal body paint with white and black color and a gold mask on her head while she surprised her audience with her voice and her songs.

The iconic artist will be taking to the stage at Carriageworks again with her exclusive performances a part of Vivid Sydney’s Modulations series.