Banksy’s project in New York, “Better Out Than In” is one of the most talked of the past year. As it seems, it will keep track of it for a long time. Almost a year after its completion, a video-retrospective has been released, some of his masterpieces have been auctioned, while a book, where all artwork of the project is gathered, is already for sale.

A documentary by TV network HBO is the newest entry in the list of the “Better Out Than In” legacy. Chris Moukarbel’s documentary is named “Banksy Does New York” and will air on November, 17th. It contains footage of people who were the first ones to admire the works of the British artist in New York. “I crowd-sourced footage that New Yorkers posted online each day of the month. It was about a city holding a mirror back up to the artist.” 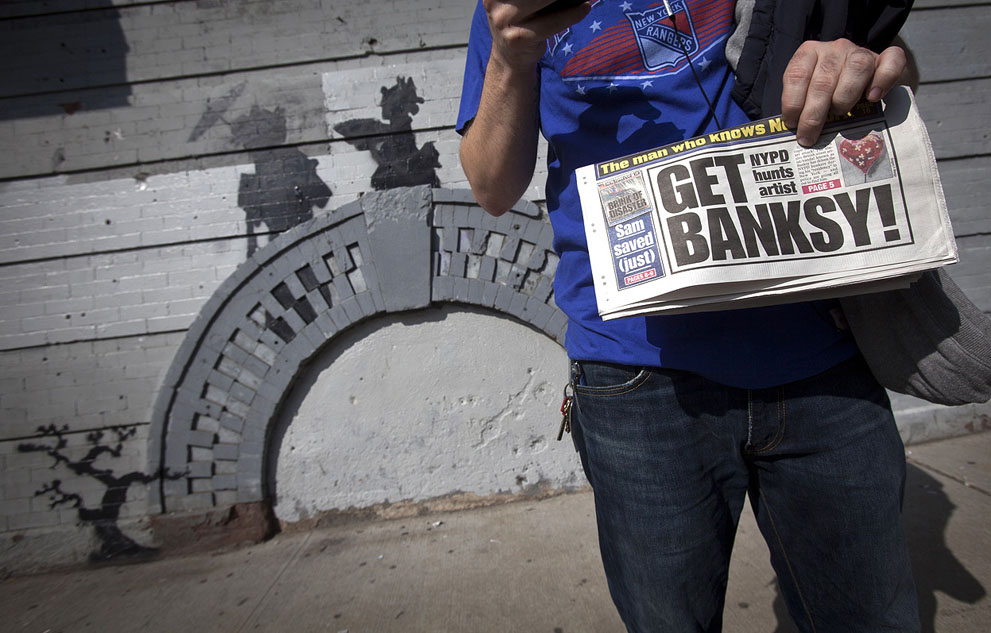 Take a look into Pierre Cardin’s life: the documentary