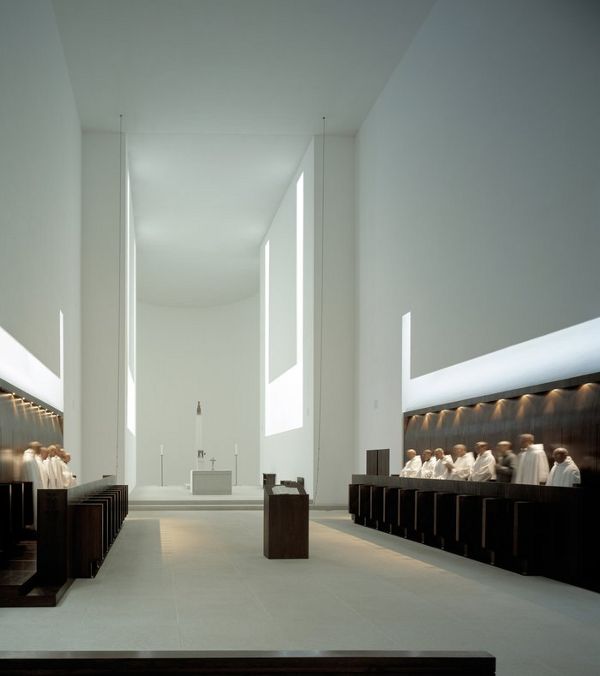 John Pawson was born in Yorkshire but at some point in his life he decided to move in Japan and live the country’s culture. He quickly became a supporter of minimalism producing elegant and simplistic architectural designs, trimming down the excess while highlighting the precision.

He was appointed to commit the renowned flagship store of Calvin Klein in New York and several other projects worldwide resulting in a prestigious clientele including Karl Lagerfeld, the writer Bruce Chatwin, the opera director Pierre Audi and the collector Doris Lockhart Saatchi.

The Design Museum of London showcases the architect’s career exhibiting a selection of his impressive work. The museum creates for the first time a 1:1 scale architectural installation demonstrating lively his vision and applies all possible media to transmit Pawson’s aesthetics; large scale photography, film, study models, sketches, interviews and actual pieces of wood, bronze and metal from his creations.