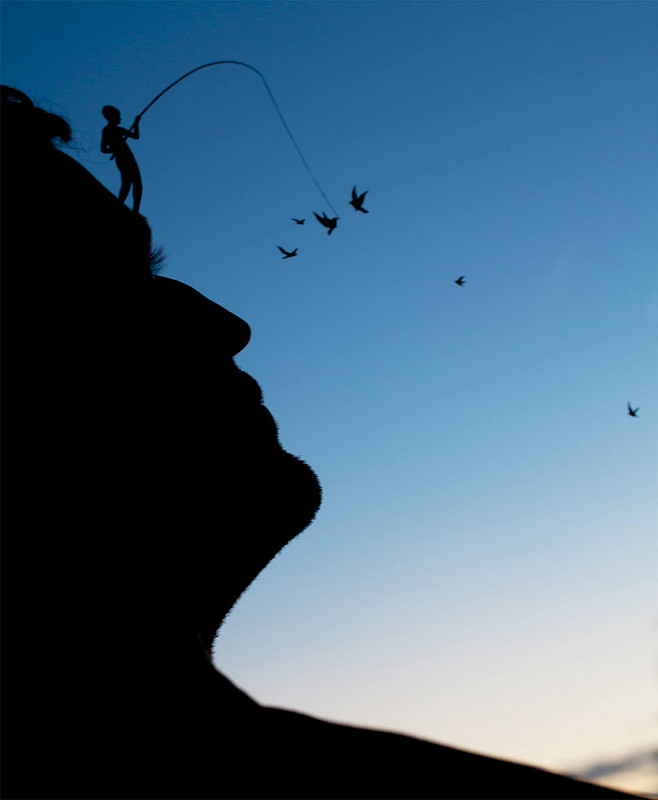 Pejac is an artist, mostly known for his street art works. However, his black silhouettes -apparently smaller than his murals- are equally impressive and unexpectable. In fact, they are miniature figures that happen to present a hard-to-believe situation. For example, a man standing on a surveillance camera or a girl swinging off a tree on a building’s rooftop.

Everything started three years ago, when the artist lived in an apartment full of windows at Valencia, Spain. He never hung curtains. So, he took advantage of the breathtaking view or the surrounding area, so as to create his unusual compositions. The matter of scale is at the forefront of his query. So is citizens’ relationship with the urban environment. At first glance, his images could be real. Once you have realized that these situations can’t have happened, their status changes. They are more playful and their vibe challenges the viewer to live public space, like Pejac’s heroes. Freely. 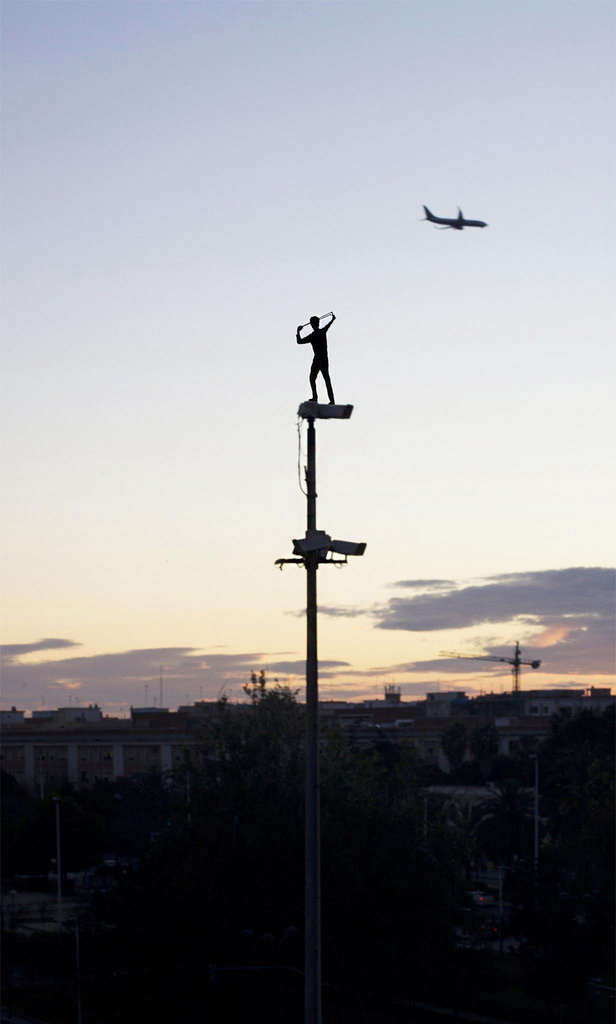 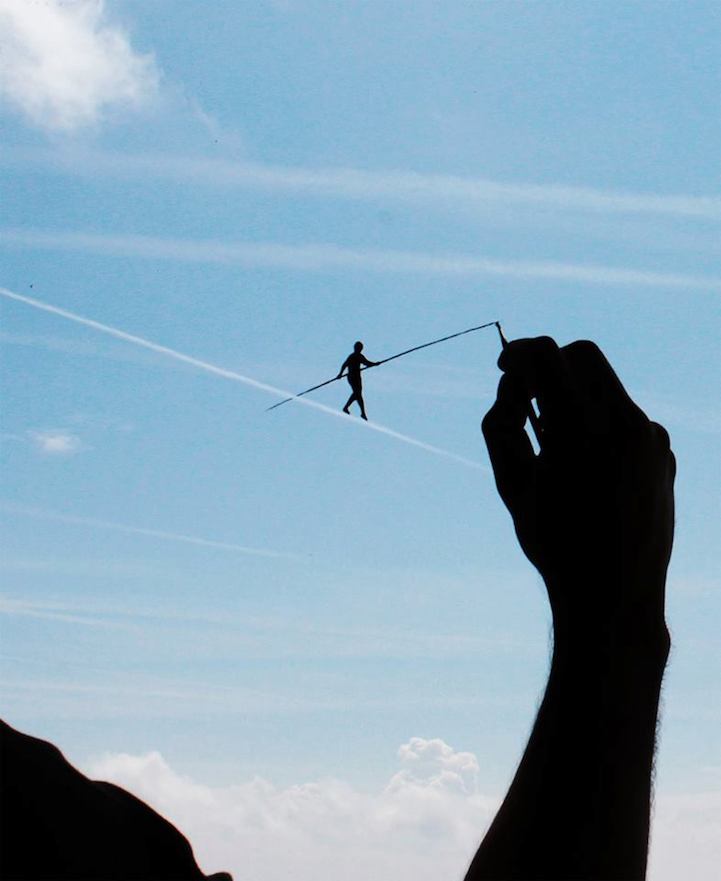 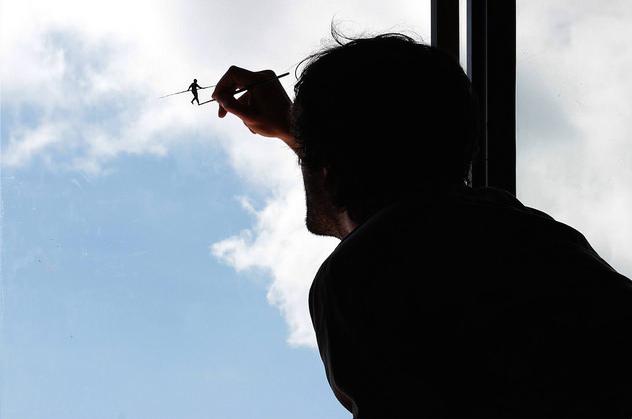 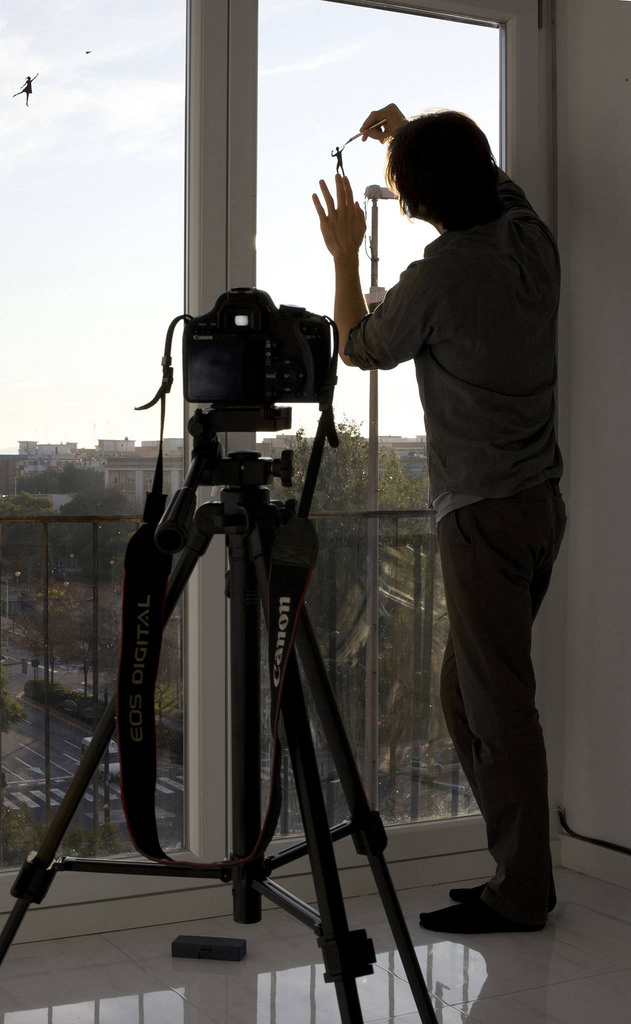