MIRfestival 2010 – Invitation to a new mission 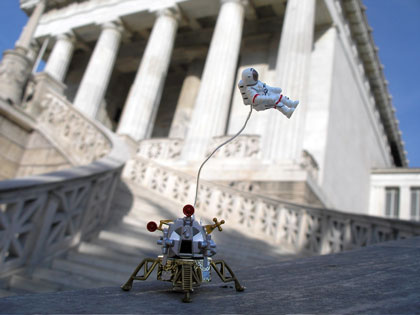 Get ready for “take off”! Full of imaginative, unexpected and unusual art creations on the limits of the arts, where the scene meets the image through new technologies, the festival of urban culture, called MIRfestival, is getting ready for take off for the second time in the city of Athens on September 2010.

MIRfestival invites the artists who wish to participate in the mission’s crew, to submit their proposals for small scale performances, experiments with electronic music and new technology, films, installations, interactive projects, interventions in the city or any other artistic experiments until Friday, March 26. Those selected will be presented at the festival along with Greek and international participations, which are already planned for the event. Although this is not a theme festival, especially for the version of 2010, it  is planning to schedule a series of actions in public places of Athens, called HERE / NOW.

Find here all the necessary guidelines for the submission of your proposals.