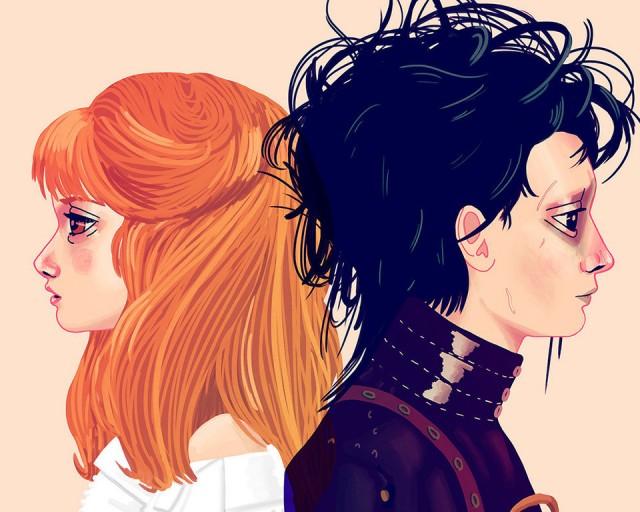 They are neither Manga, nor the traditional romantics that you would have in mind, they are Nan Lawson’s “Meet Cute”. And they are all “taken”.

Nan Lawson’s exhibition in Los Angeles, just a little while before Valentine’s, contains illustrated couples pretty much known to all of  – because they have made us cry, laugh and dream with them. From Buffy the Vampire Slayer to Samatha of “Her” the movie, and from Edward the Scissorhands to Harold & Maude, the faces of Lawson are not the classic romantics that you would expect to see. Influenced by the Manga technique and the Venn diagrams, that use intersecting circles to emphasize the similarities, Lawson decides to create them digitally “as if they were two parts to one whole” and although they are looking towards a different direction, “they are facing the world together”, she said to Huffington Post.

Enjoy and (re) dream with them.