This month marks 41 years since the death of Takis Ch. Zenetos and he is continued to be remembered as a visionary, a pioneer of modern architecture and one of the leading Greek architects of the 20th century. His buildings were concerned with the environments that they were built in and constantly aware of the effects of human intervention in the landscape. He was particularly interested in building around extreme topography which featured in a number of his gravity defying designs. Zenetos studied at the Ecole des Beau-Arts in Paris, graduating in 1954. Paris was an inspiring place during the fifties and Zenetos brought back with him a whole host of news ways to approach architecture along with utopian dreams for the future of Greece.

As well as being interested in design, Zenetos was also an avid reader of scientific magazines and predicted the communication revolution we experienced in the 90s in his 1962 book Electric Urbanism. After a fruitful career, Zenetos tragically killed himself in 1977. Last year he was featured in an exhibition at the Onassis cultural center which included many drawings of unrealised projects and reinvigorated interest in him. His drawings and models are some of the most important records we have now as many of his projects have been demolished.

Here are the stories behind some of his most admired work. 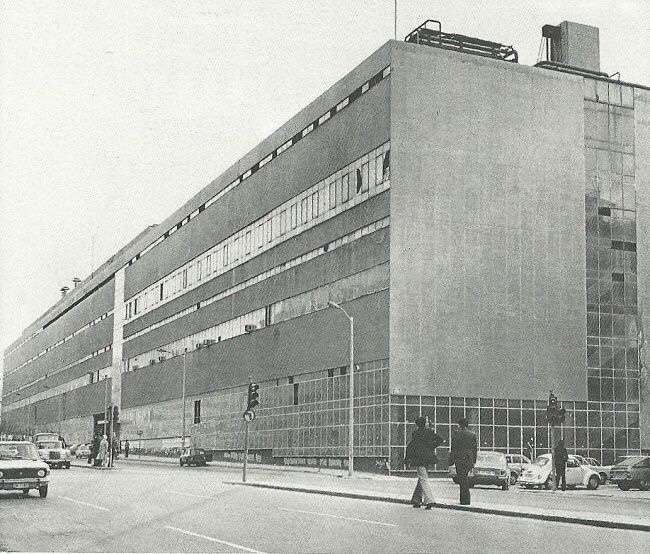 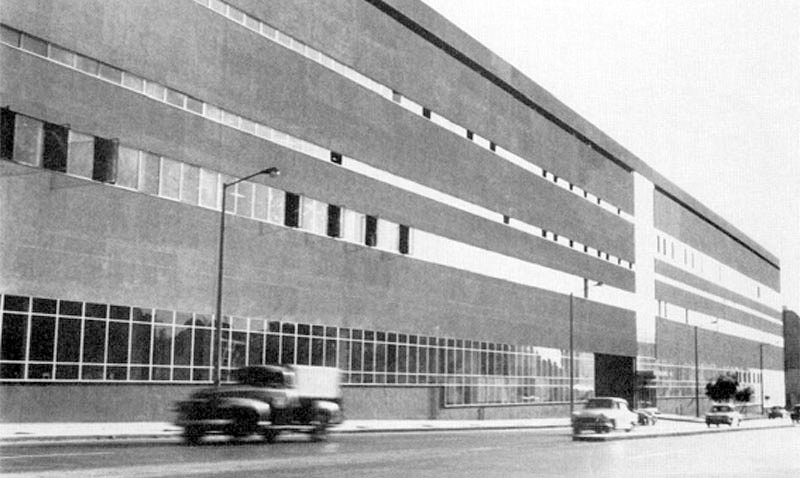 In the 1860s Johann Fix, a German entrepreneur, established a brewing industry in Greece. Growing demand lead to the need for larger facilities and the production facilities moved to Kolonaki before needing to be upgraded again and moved to Syngrou Avenue in 1957, the site of Zenetos’ factory. The family, who still operated the business, commissioned Zenetos and his colleague Margaritis Apostolidis to design a new factory. Completed in 1961, the building was an “extroverted” statement showing off the factory’s machinery through its large glass panels. It was abandoned in the 1970s due to the center of production being moved and it was left derelict. A large portion of the building was knocked down in 2000 to make way for the metro station. It was then handed over to the National Museum of Contemporary Art as a temporary venue who ended up extending their stay and signed a 50 year lease for the building. An architectural competition was then launched to refurbish the building. With Zenetos’ two street facing facades now listed, they remain untouched and given a second life. 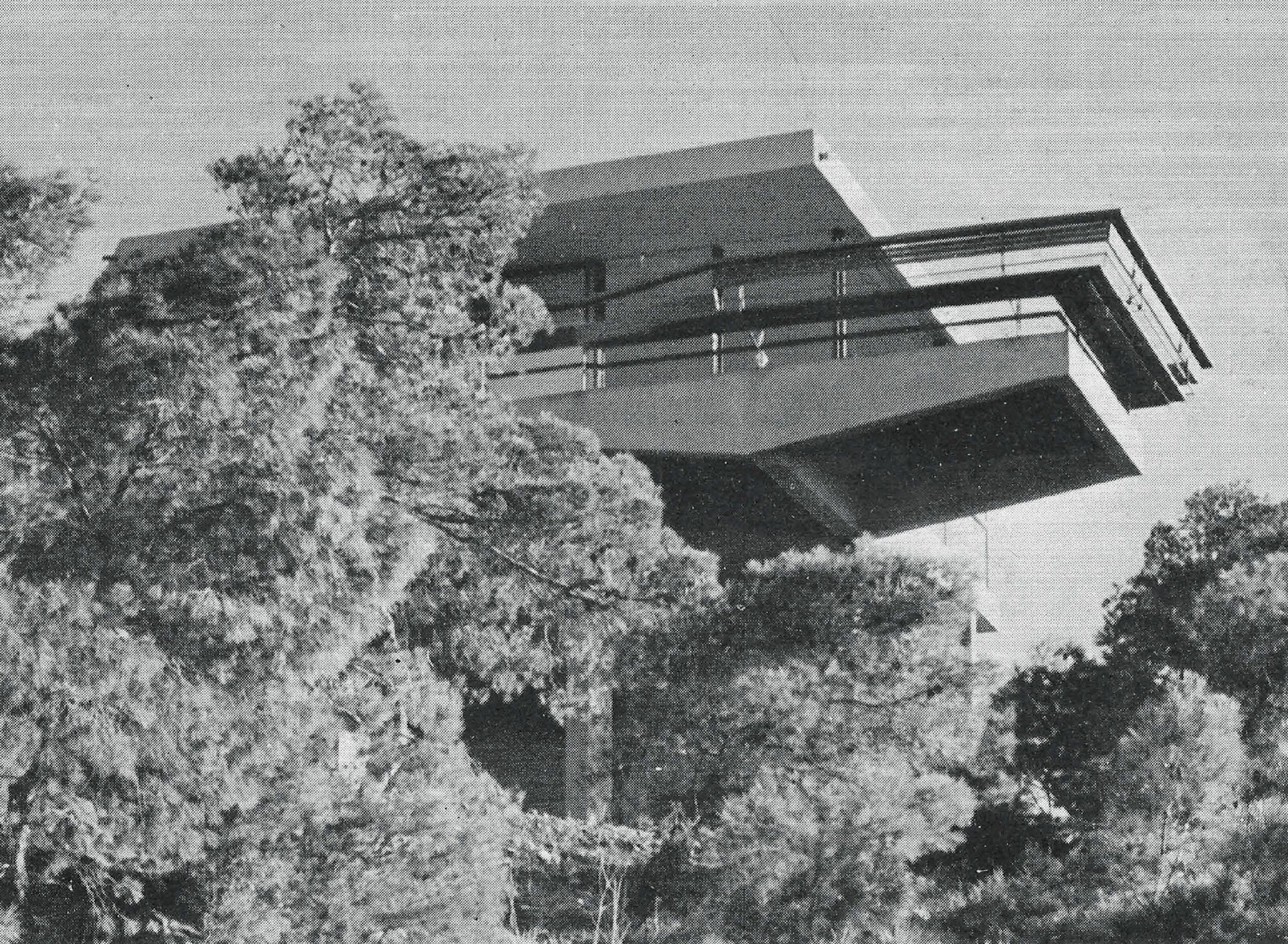 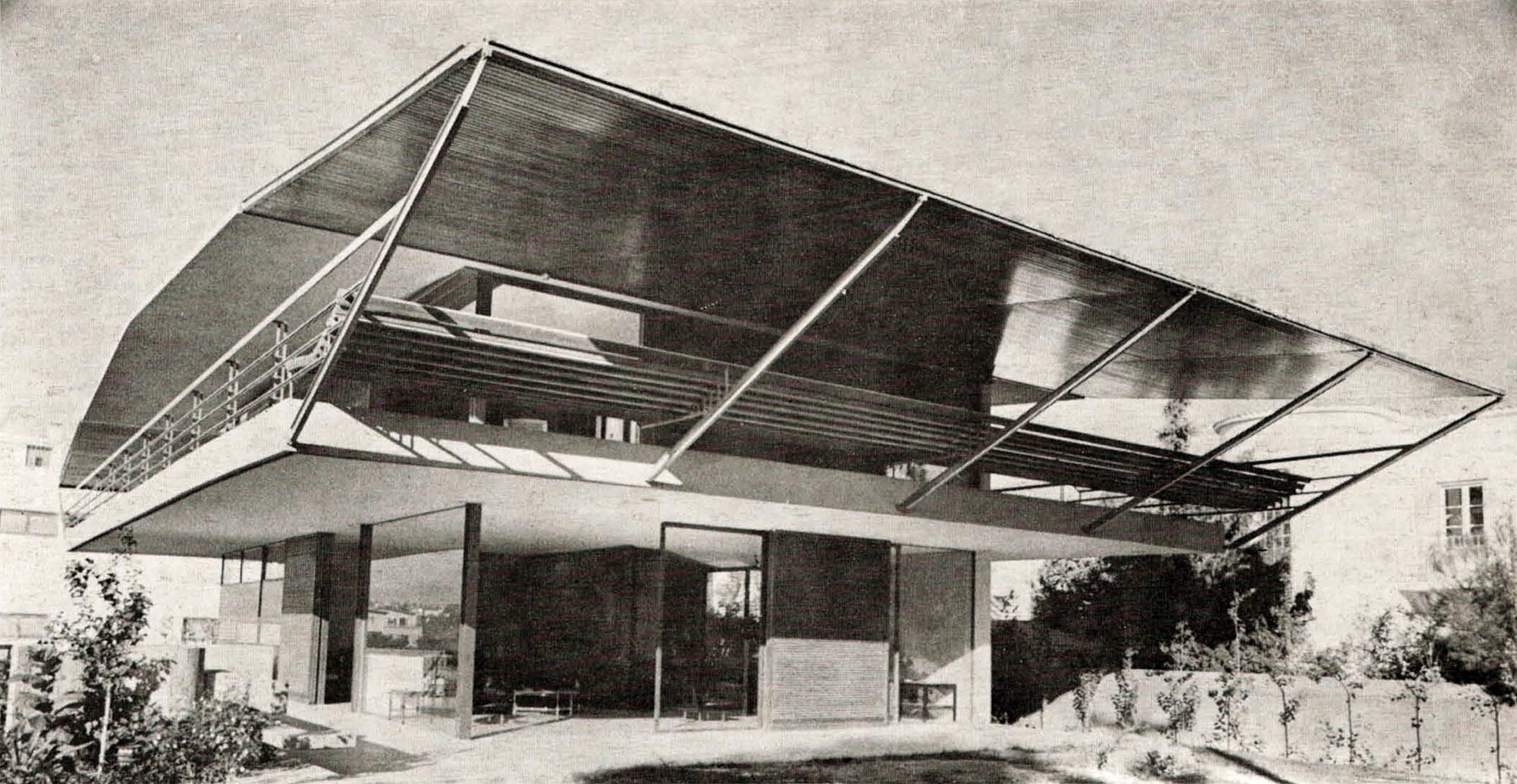 Zenetos’ domestic architecture “draws heavily on cantilevers and porches, presumably in response to some difficult hillside sites but incorporating the planes, glass and open views typical of domestic Modernism.” As much as his process was based in the modernist tradition, Zenetos is known to have hated the cube-like, poor quality housing which spread around Europe around the first half of the 19th century and instead aimed for domestic spaces that were far more energetic and exciting.

Many of these creation would not look out of place in somewhere like Los Angeles and this is due to the dissemination and exchange of ideas that took place during his stay in Paris. Many architects, of course, followed in the foot steps of Swiss architect Le Courbisier but Zenetos didn’t want to imitate, he wanted to innovate. Unfortunately many of his houses have been demolished so are no longer available for is to enjoy today. 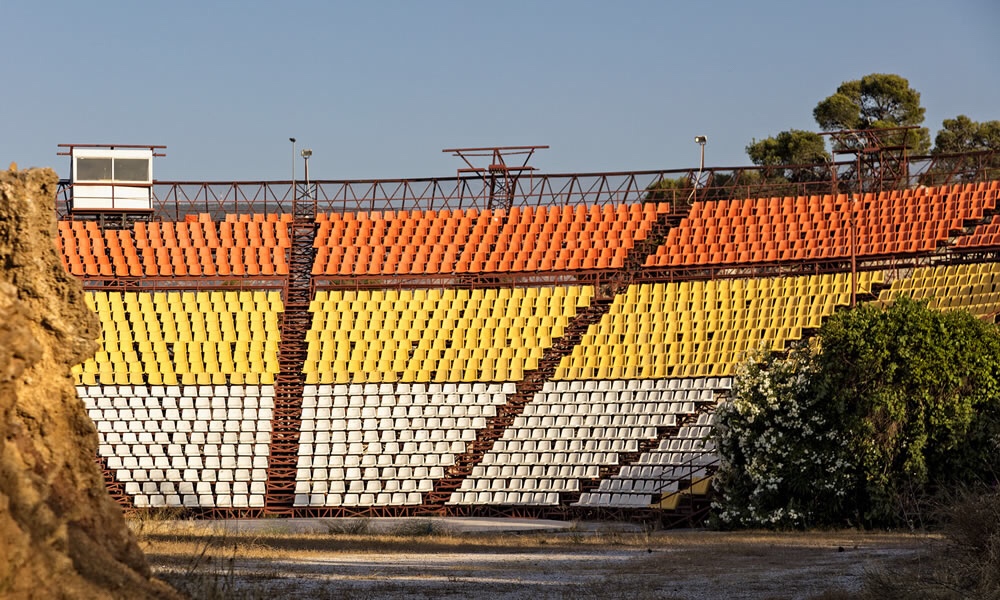 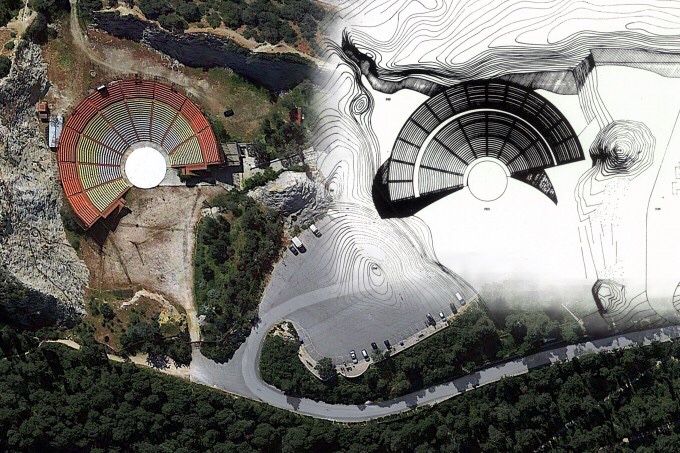 The theatre inspired by satellites, sits on top of Lycabettus Hill in the Center of Athens and can seat about 3,000 people. It was conceptualised by actor Anna Synodinou who wanted to create a centre of Ancient Greek theatre and have recitals in the open air.

Zenetos’ first name for the design was the ‘Clam theatre’. Plans were submitted in 1965 for sharp semi-circular bowl shaped seating dissected for the stage to fit in with the seats which looked like they were hovering in the air. Problems began when a number of organisations thought that it would destroy the picturesque quality of the hill and so Zenetos had to reconsider and proposed a temporary amphitheatre for Synodinou’s first summer program of performances which had already been commissioned by the tourist office. This second design was called “Temporary Theatre, Athens” and “allowed an unobstructive view of the stage from any part of the theatre and didn’t effect the excellent acoustics created by the quarry stone. This temporary theatre was never replaced and so we have been left with Zenetos’ second design. Synodinou mentions in her biography that Zenetos only visited the theatre once and was deeply disappointed to find the construction company had altered his design in a number of ways. Synodinou went on to have a number of plays censored by the Greek Military dictatorship and became an activist for free speech. The theatre is popular today but never became the ideal nucleus of ancient tragedy it was envisioned to be. 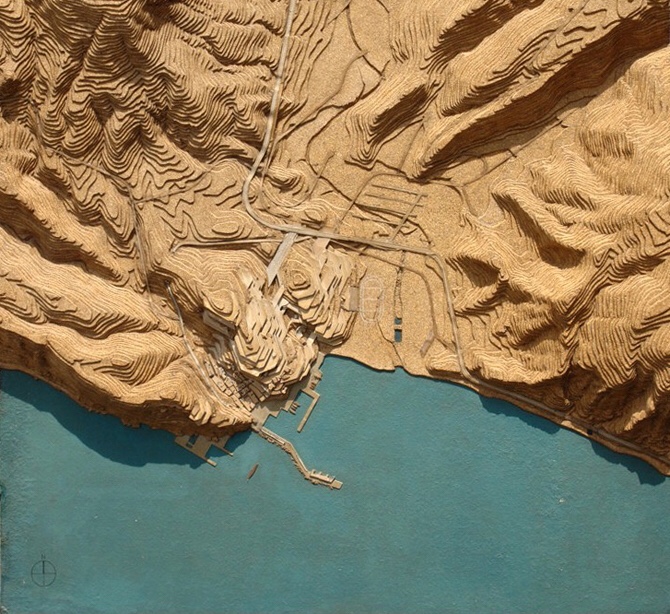 Model of Agia Galini via mascontext 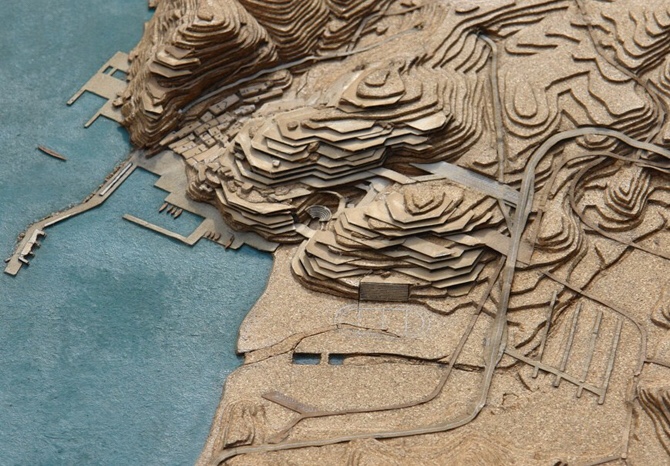 Zenetos created a tourist development report for a small town called Agis Galini on Crete. In his documents concerning the settlement he constantly mentions the need to preserve the state of the landscape during a period where there was a lot of damaging tourist development going on around Italian and Spanish coastlines. Here, Zenetos responds to the environment and tries to reflect its unique qualities in his architecture.

Zenetos evolved the community from a small fishing village to a settlement of 6,000 inhabitants with his effective urban planning. He was aware that the sea and beach were the attraction of the island and so wanted to compliment that by moving the urban center between the two hills, hiding it and preserving the idyllic beach just across from the port.

He complimented his design with designs for wind turbines to harness the natural wind flow of the valley and suggested improvements for the fishing boats to operate more efficiently. This attention to social engineering and a holistic approach to architecture had a profound influence on future urban planning proposals.