On the 11th of July, the KKW Fragrance instagram posted an image of Kim Kardashian as an avatar to promote her new perfume range. Her fans went wild with some finding the graphics hilarious while others found it disturbing. Personally, I am obsessed.

The person responsible for this digital transformation and internet frenzy was Johnathan Ramirez, a.k.a. Liz Milan West, a make-up artist, gamer and lover of art from New York. Liz, his alter-ego, featured alongside Kim and other glamorous avatars such as Amber Michelle, Kaitlyn Balfour and Cass Doll. Ramirez is an avid fan of the game Second Life which he used to animate the images for the campaign.

In Second Life, players can create virtual representations of themselves and navigate a world which is completely user generated with no set goal or objective. The game, which launched in 2003, has become one of the largest online worlds and attracted the interest of artists such as John Rafman and even anthropologists like Tom Boellstorff.

The inclusion of graphics generated on Second Life in a high-profile campaign such as Kim’s is a major milestone for the game as well as for the players involved. At the moment, there are a few Second Life players who are establishing a fan base for themselves within the community but this campaign may catapult these players into the mainstream.

This passion for the game and for Kim resulted in Ramirez being contacted first by Kanye West’s team then by Kim directly on Instagram to collaborate on her new Kimoji campaign. His role was to recreate Kim Kardashian West on Second Life as an avatar and provide all the visuals.

To find out more about the game and the campaign we spoke to the artist himself:

First can you tell us a bit about yourself?

I’m 29 years old. I was born and raised in New York City and I’m a makeup artist. I have some technical training in graphic design, but most of my skill set are self-taught.

What was the appeal of Second Life to you?

Growing up, my mother always changed the house around, painted it and made her own bed sets and curtains. She was really talented. Second Life caught my attention because I was able to do the same things in the game. It was all fun for me. I would recreate my home, decorate, travel and explore all that SL has to offer.

What is your relationship to Liz Milan West?

Liz Milan West is my alter ego. She is inspired by Kim Kardashian West but she is also an extension of me. She’s an outlet for my creativity, and femininity. She’s bold, relivent and just a bad bitch! 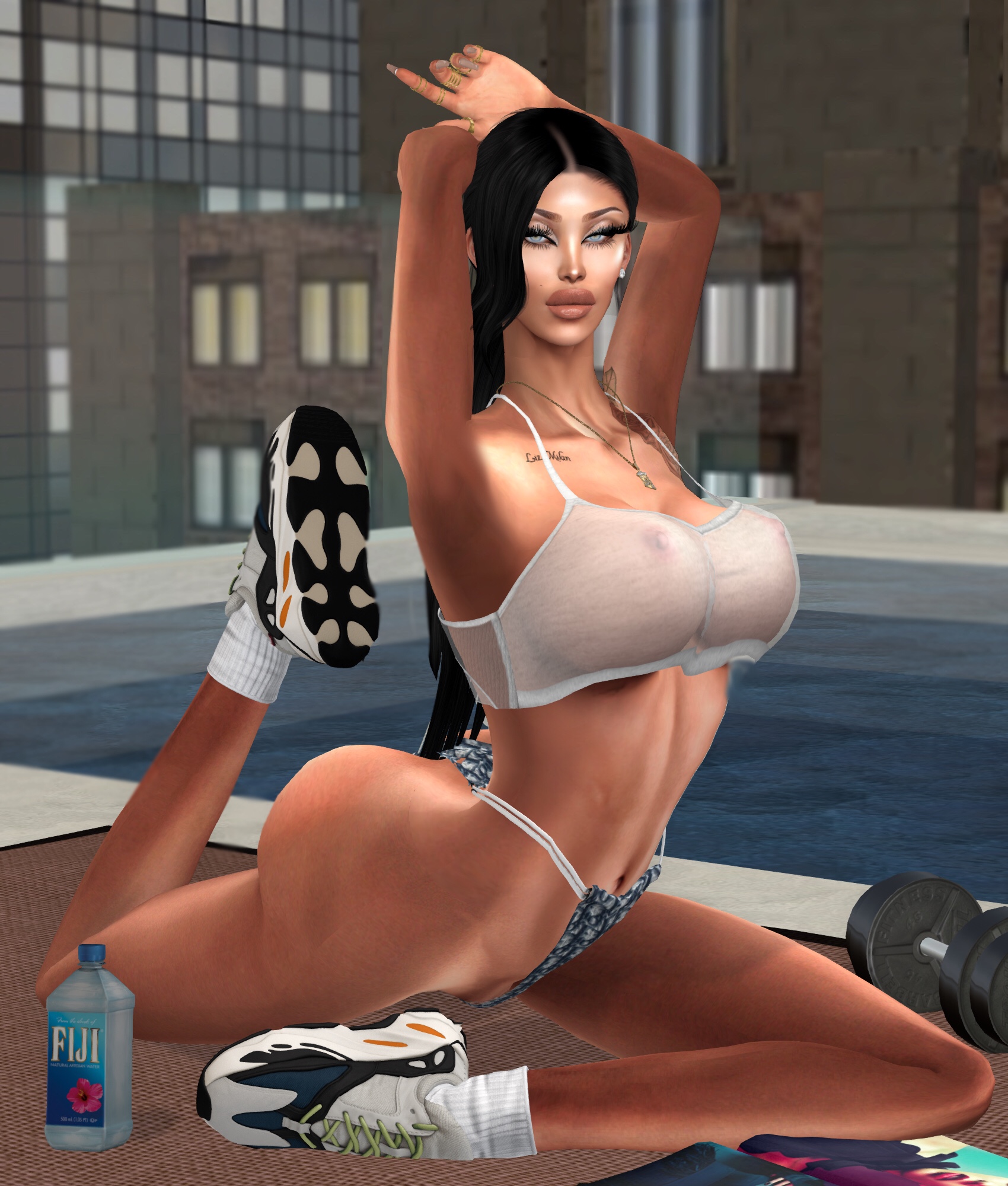 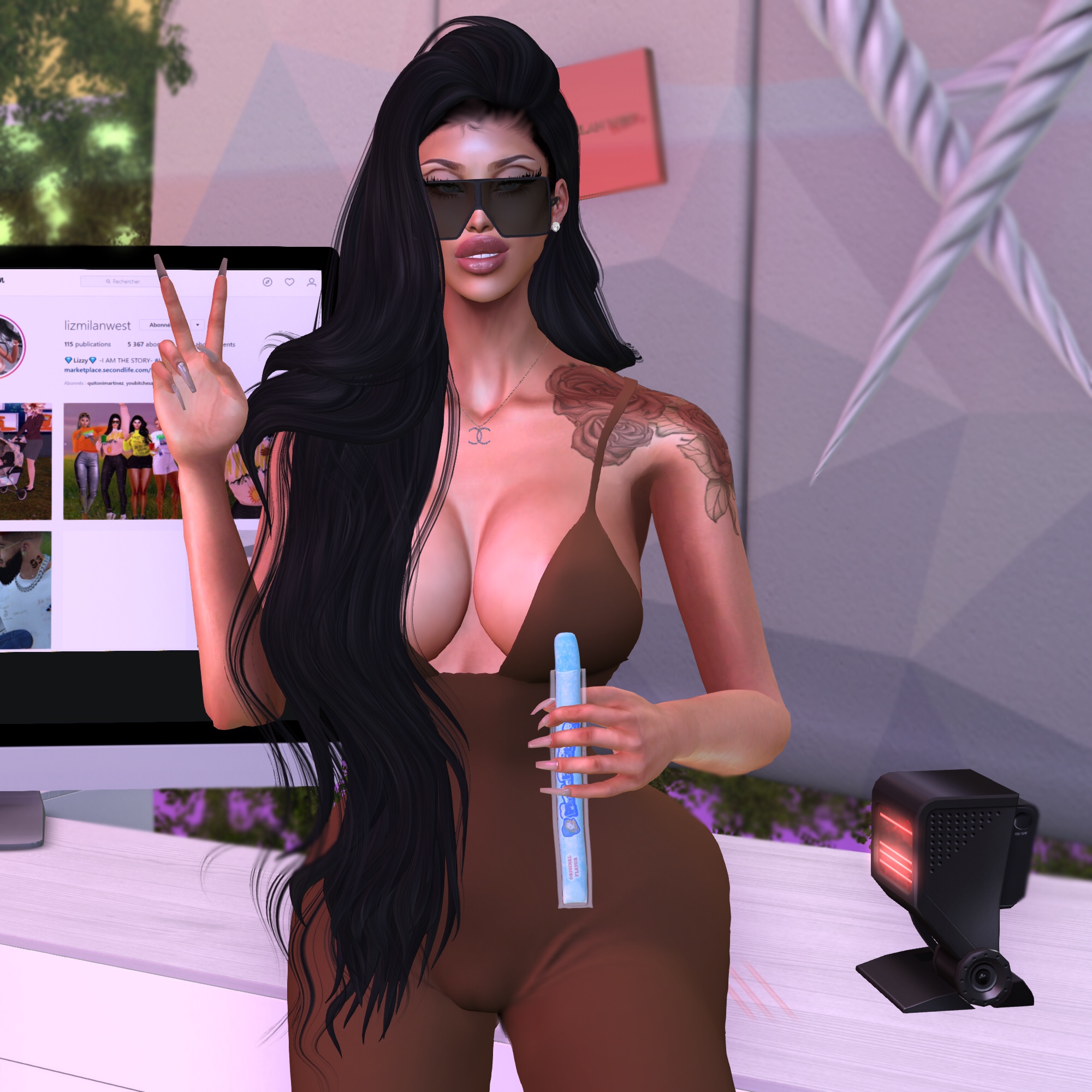 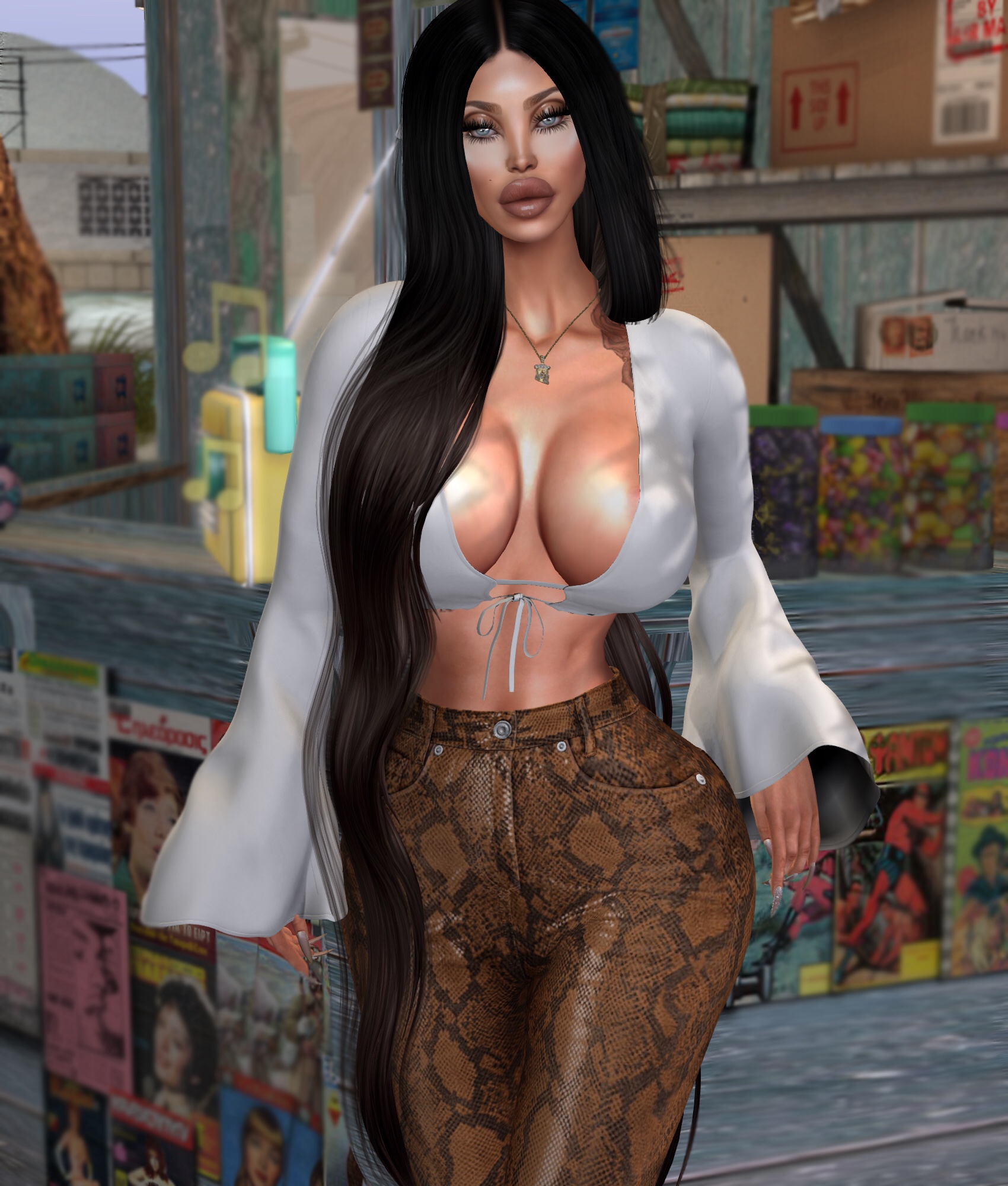 Could you tell us a bit about your fashion pieces you sell on the Second Life store and how does it work?

LMW (Liz milan west) cosmetic store was created on SL because I was extremely inspired by Kim Kardashian West’s beauty line along with other people who inspired me in the makeup industry such as Patric Star! Kylie Jenner! Jackie Aina! And Nikkie! Just to name a few! Market place is a webiste for you to buy products to add onto your character in secondlife, such as makeup, hair, clothes and accessories etc…

What are some of the ideas behind the campaign?

The ideas for the images were to “create a world using the Kimoji fragrance in different settings and reflect Kim’s lifestyle”.

Some fans have been a bit critical of the campaign for promoting an unrealistic body image – What would you say to them?

People have to keep in mind that it’s a 3D inspired animation of Kim Kardashian West. Some of the depictions are exaggerated for fantasy! Happy Client. Relax people!

I loved working on this campaign with Kim and her team. A game that I played normally opened my eyes to so many possibilities…..

With Liz Milan West I hope she becomes a virtual model and see her one day on the conver of Vogue magazine. As for Kim Kardashian West’s avatar, that is to be continued…