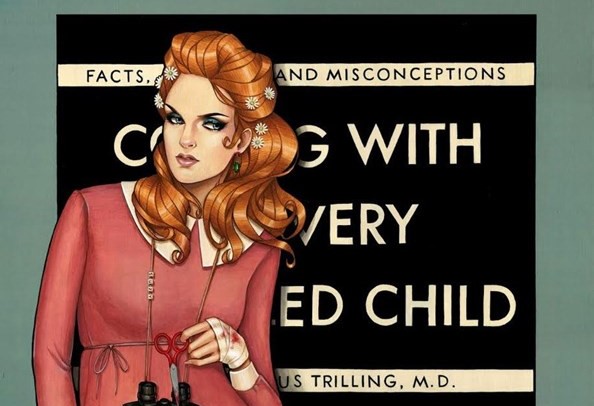 Wes Anderson‘s “The Grand Budapest Hotel” may have not been named Best Screenplay this year, but the director’s impact can not be reckoned. His latest film has even inspired this game, we can’t stop playing at night. And this theme park we would so love to visit, if it ever was constructed. But how about the Bad Bads art exhibition, that is now moving to New York’s Joseph Gross Gallery, after 5 years in the Spoke Art Gallery of San Francisco?

“Although Anderson’s films take us everywhere from a fictional pre-war Europe to the far reaches of India and even out to sea, New York City is home to one of Anderson’s first real successes, The Royal Tenenbaums. His palpable connection to New York is only made stronger by the fact that he resides there as well, and as the exhibition enters its sixth consecutive year, it only makes sense to host it in such an exciting and diverse city. Exhibiting a host of different styles and talents, each artist approaches their work with the same meticulous detail that Anderson approaches his”.

The exhibition features artwork by 70 artists, inspired by Anderson’s cinema and it comes as no surprise that there are already 43 thousand people attending the Facebook event.