Social media is a confusing space to navigate and so creatives around the world have been increasingly turning to print to convey their vision. These small independent publications are now so popular we have reached a point of saturation where there are now countless art/fashion/culture zines in circulation. These five zines look beyond the content of their pages and actually use the publication as a means, not an end in itself, to foster a community, explore an idea or push a change in culture.

When art and football collide

OOF magazine combines two seemingly irreconcilable worlds into one publication, that of art and football. It is an investigation of probably the most important and popular cultural activity across the globe through the lens of contemporary art, looking at the sport’s successes and shortcomings. Started by London based duo Eddy Frankel and Justin Hammond, OOF has started a fascinating discussion about the nature of this hugely important activity, often overlooked in creative circles. Hammond, director of J Hammond Projects, a gallery in London, tells us about the story behind OOF. OOF launched in February this year and the first issue sold out within a month. Our second issue is out now and available from major art institutions like Tate Modern, White Cube, Copenhagen Contemporary and the Garage Museum in Moscow. You can buy the mag from our website or specialist shops like magCulture (full list of stockists).

OOF positions itself at the intersection between art and football, but we’re not interested in notions of ‘the beautiful game’. Personally, I’m way more excited about artists exploring a genuine counter-culture that somehow still survives outside of the modern football experience.

I’d been toying with a vague plan for an art and football-themed project at my gallery, but when Eddy told me about his idea for a magazine called OOF, I felt almost duty-bound to make it happen. How could I not get involved in a magazine that embraced art and football? It’s my dream combo and it’s spiralled into something more than just the mag. We’re currently hosting an exhibition called COLLECTIVE FAILURE, dealing with the dark side of football and featuring some amazing artists like Ashley Holmes, Rober McNally and Mark Leckey. We’ve built a nasty football boozer in the gallery, complete with sticky carpet, and we’re screening World Cup games on the pub tv. We’re also working on plans for a five-a-side tournament for artists and galleries – there’s loads in the pipeline.

Dont’t sleep on this art collective

Asthenia is an Athens based zine run by Amalia Vekri who is an artist and also runs a project space called Huas N. As Asthenia, Vekri organises exhibitions and does important archival work in the form of a zine, creating interesting relationships between works of art in print and in space. Now on their sixth edition, Asthenia has produced exhibitions at Romantso, Grace, Hot Wheels Projects and even created a virtual exhibition online. The publication serves as a way of documenting the work of the artists as well as bringing the city’s art scene closer together to promote collaboration.

Asthenia started in 2015 as a biannual project for its first year but now it is produced annually.

It just started as a fun collaborative project! 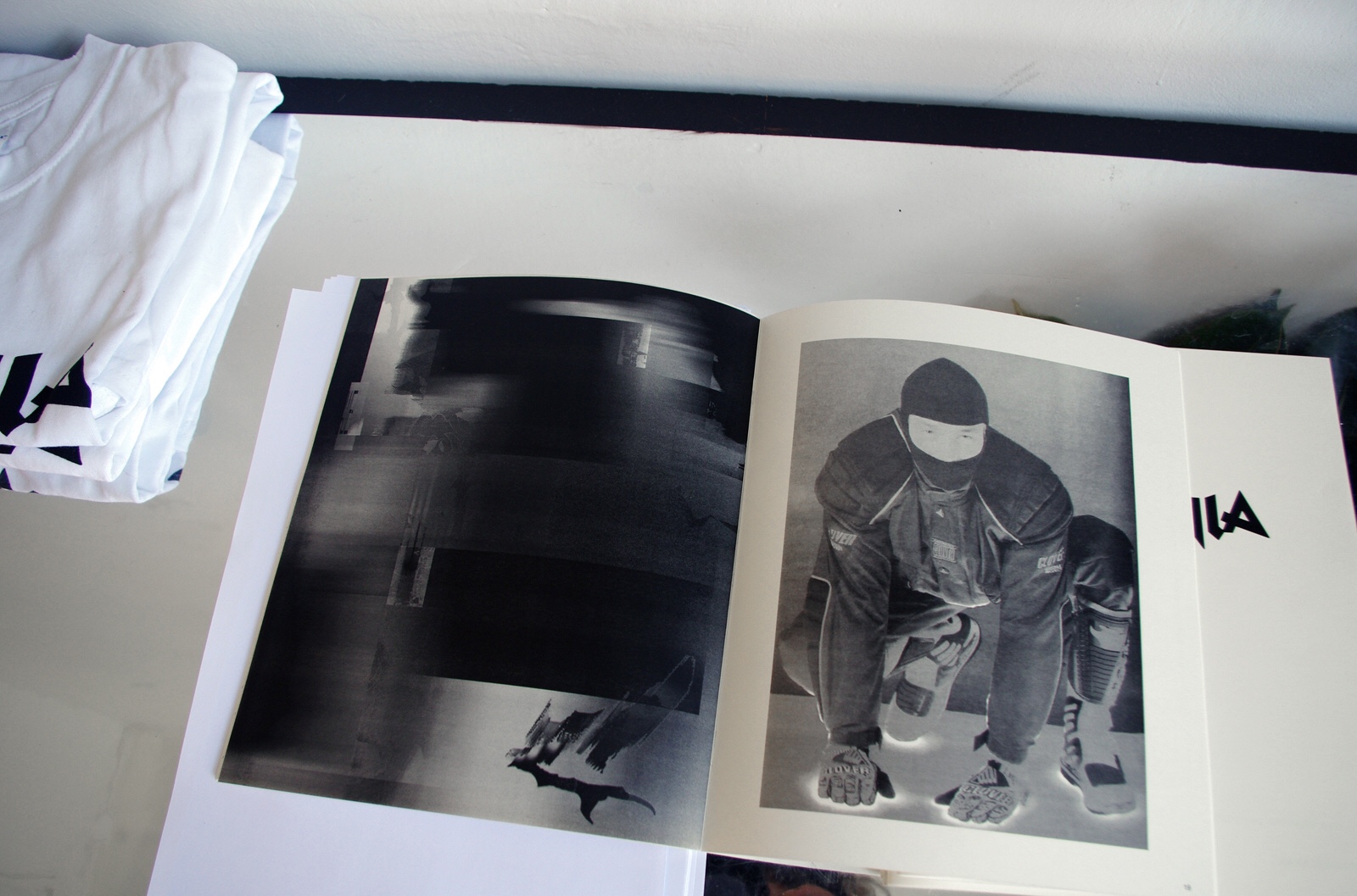 It is an art edition presented along with an exhibition. The participants respond to a theme giving one work for the zine and one for the show that is taking place in different venues each time. Among other things, it is an archive of the art scene of the city, since most of the artists who participate have some connection with Athens. They have either lived or live here or have done a project associated with the city in some way. It is not just a publication but an art project in flux that is evolving in various ways.

Pissing on your gender norms

Pisswife is an “Amsterdam based feminist collective” who produce a zine with the same name. Their publication promotes self-care through collages and witty captions along with articles exploring feminist issues. Recently they organised a whole zine fair called Pissfest, creating a safe space that reflects the ideals of Pisswife in real life. With art stalls, vegan food, music, poetry performances and a party in the evening, Pisswife is creating a community of likeminded individuals.

We started over the summer last year.

I was feeling dissatisfied with the work of my degree program (Literary and Cultural Analysis) and I wanted to have some kind of creative outlet or project along side my studies. 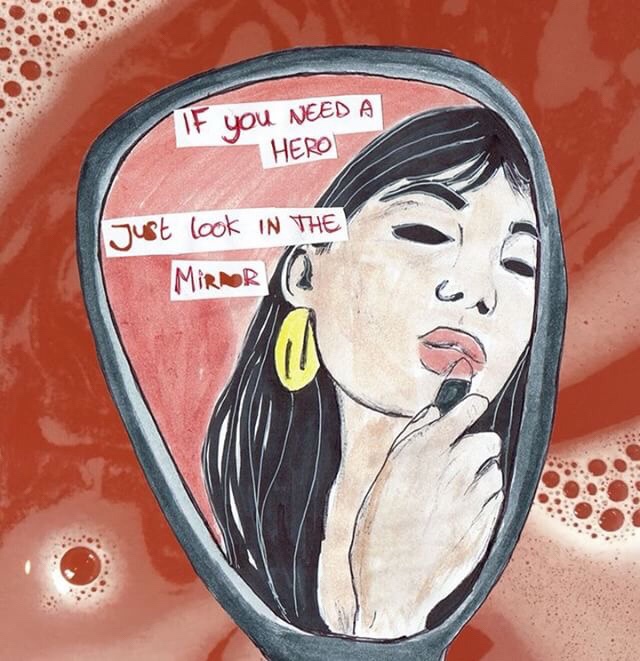 We see Pisswife as a feminist art collective and community. We make a zine twice a year out of the work we have been writing together and the visual artworks we’ve been working on at that time. Each of our zines follows a specific theme, for example our next one will be Body and Mind, and after that we will have Love and Heartbreak. We like to write primarily from our own experiences and perspectives and we assert in each zine that just existing as we are, as women and non binary people, and trying to accept ourselves as we are, is a powerful action in a world which tries to tell women and non binary people that they should be one thing or another other.

Refusing to be quiet

Pink Noise is a new zine publication from the U.K. for women and non-binary people interested in DJing and electronic music production. Run by Moira Letby, a 21 unemployed graduate, their issue includes tips, guides and interviews with the aim of inspiring and sharing information about the music industry which is often guarded by sexism and snobbery. This zine is educating the next generation of DJs, promoters and producers.

I started Pink Noise Zine originally in 2016 as a personal project. I worked on it alongside university, emailing lots of people and reaching out to artists on Facebook. I then designed and printed the first issue over the summer of 2017. Since then, the second issue has taken off. There are now two members at Pink Noise Zine, me and Anastasia.

I started the zine because it was something I felt was really relevant and needed. I wanted a personal project as a way of motivation and to make something I really cared about. I found a lot of the time when I was out clubbing or talking about the dance scene and particular artists I enjoyed I felt intimidated and very isolated. It is a very intimidating industry and sexism is still very prominent. 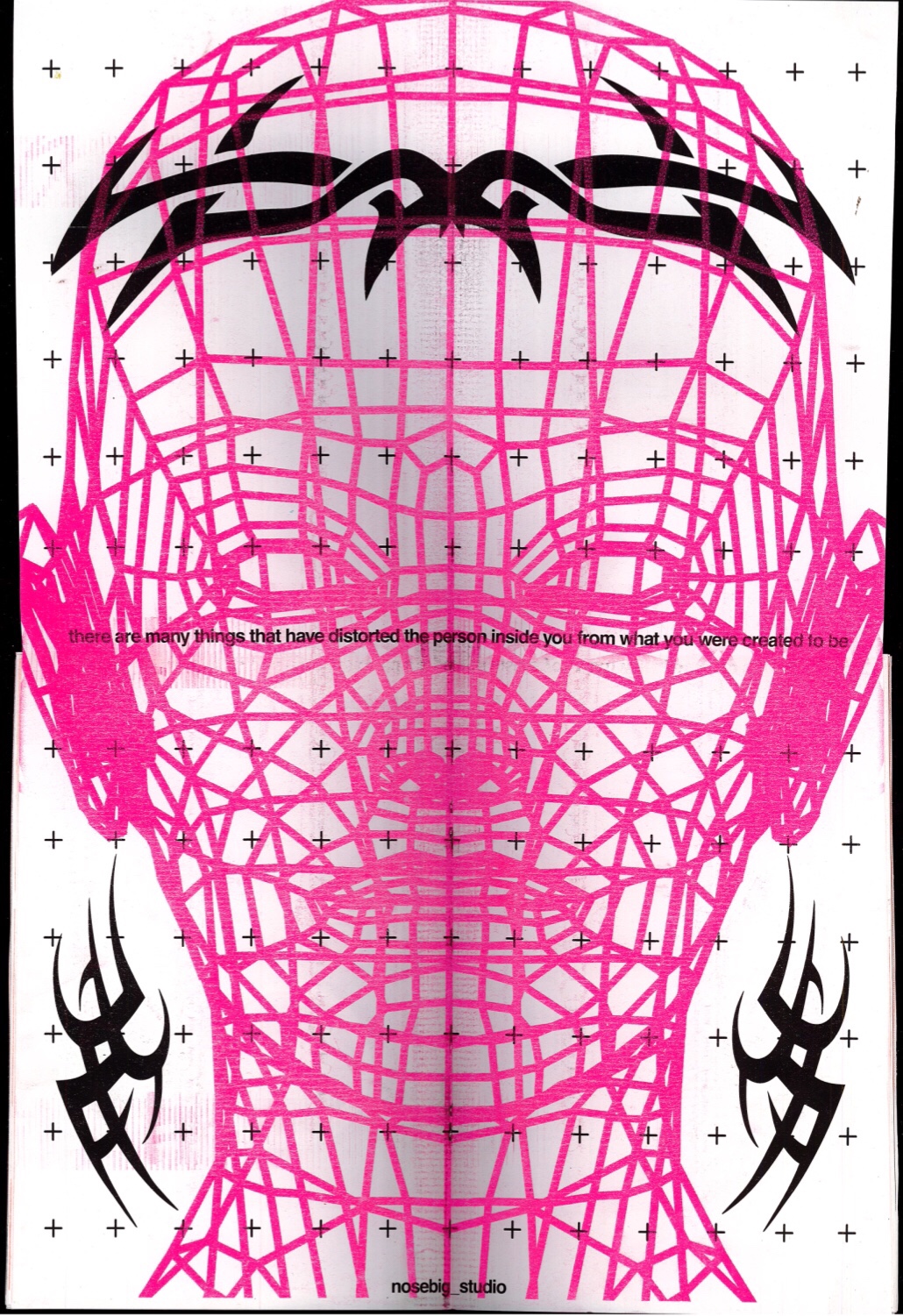 I just wanted to show girls that we can do it too and that there are loads of amazing artists out there who don’t fit under the white, middle-aged male stereotype in the music industry. We want to teach and give valuable resources which allow and make it easier for women/non-binary people to produce their own music and learn how to mix. A big part of our second issue is our workshop directory, which outlines all the different music production and djing workshops that happen around the U.K. so its easy for people to access and find out the information they need. There is also our ‘How To Put On Your Own Clubnight Guide’ which gives advice on how anyone can start up their own night.

Tackling the IRL with URLs

Felt Zine is an “experimental internet art platform” founded by artist and curator Mark Sabb. It’s focus includes digital activism, race, gender and class and how those structures interact with online and offline experiences. Incorporating music, images and video, Felt Zine’s instagram is a melting pot of digital artists from around the world, transgressing geographical barriers. The mixture of aesthetics, memes and politics makes for a constantly rich and unique “reading” experience. If you can “read” an interactive website or a video on Instagram Tv is another question but these forays into different mediums are exploring new ways to curate and publish. Dev Moore is the current creative director who spoke to us about the zine.

FELT Zine was founded by Mark Sabb in 2011. Other members include Jawn Billetes, ChrisHK, and more.

Dev Moore serves as a creative director for the platform since 2013.

FELT started as a space for like-minded creatives to experiment with concepts and mediums that span digital activism, race, class, gender, hiphop culture, and more.

Our aims and activities as an internet platform & publication are to examine and add on to these concepts, while presenting them to an international movement that spans the Americas, Asia, Europe, and Africa. From the initial founding of FELT, Mark has also specifically infused politics and protest into his brand of internet art & design.

Escape reality and realise your fantasy 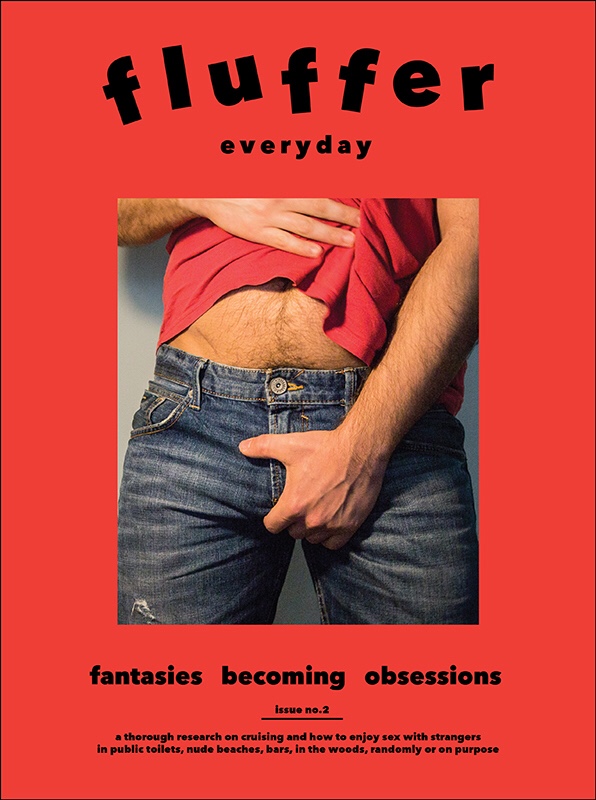 Our first issue was published in November 2016. We just released our third issue that elaborates on the fascinating world of leather, the infamous fetish.

Having my own magazine was a dream that I had since I was a kid. At some point I decided that it should be x rated. However, I thought that I should achieve some other goals first in order to be able to do something like that successfully. 2016 was a very overwhelming year for me, both personally and professionally. Then I felt that I was ready to do Fluffer Everyday. The time was right.

Fluffer Everyday aims to inspire people. On many levels. Every single one of us is different, and our unique personality can inspire others in ways we cannot imagine. However, many of us share the same, or very similar, fantasies. So this project also offers a platform for you to connect with those that share the same “kinks” with you. Every printed issue will work around a fluffer theme, trying to present fantasies that become obsessions and inspire the audience to try something new that might change their life. Gender or sexual preferences do not matter. Everything and everyone can be sexy if the timing is right.