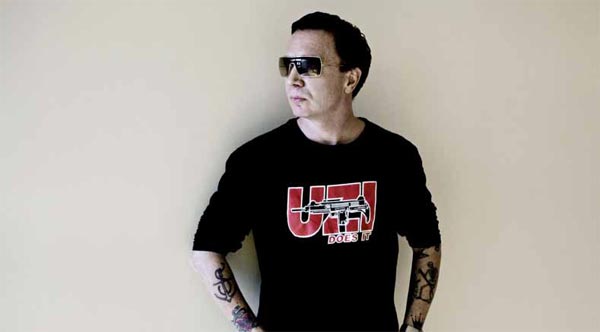 Artist first and foremost is the appropriate definition for Bruce La Bruce. For more than 20 years he has produced an impressive body of work defining a uniquely personal territory not only on film but also in writing and the visual arts including photography, video and installations. His films are open to multiple approaches, but for the sensitive and thinking viewer, what is most at stake while watching a Bruce La Bruce film is nothing less than what real art should talk about today.

How would you like me to approach this interview ? Should we talk about the new movie or about you in general?

Well, that’s the thing, you see. I have been interviewed so many times, which makes it so much more difficult to make an original and new interview. I had the same problem with Karl Lagerfeld yesterday, whom I interviewed, and I find a very interesting person, but he has spoken so many times, to so many people, that it’s almost
impossible to come up with something of your own.

Then why interview him at all?

For the money, of course! (Laughs) No really, I find him fascinating and I wanted to meet him. For gays, it’s like meeting the Pope!

Your films seem to provoke an equally fundamentalist and faithless society to define a taboo that would still be fearsome enough for the constant apocalyptic mayhem that is our contemporary
reality.

Could your work be understood in the tradition of people like Kenneth Anger, Jack Smith, and George Kuchar, even early experimental homoerotic cinema like Jean Cocteau or Jean Genet ?

The people I admire and whose work influences me have been complete outsiders, subversives even to the point of being seditionaries, like Wakefield Poole or Kurt McDowell, or Peter De Rome, all of whom used pornography in
their work but in a very different and unusual way.

Do you find solace in your forays in the art world?