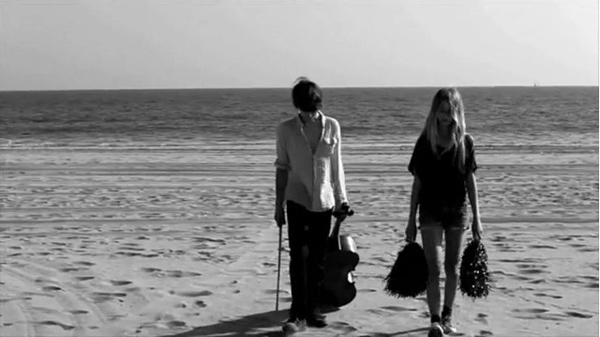 The latest project from iconic designer & photographer Hedi Slimane takes us to the idyllic California coastline through the spirit of two young waifs, in the new film ‘I LOVE USA’ The short black & white piece is Slimane’s idealistic vision of the United States. The premise is simple: Sidney and Wolf are two teenagers who meet for the first time in Venice beach. The pair were scouted by Slimane at the Coachella rock festival in 2009 and 2010 respectively, and met for the first time on set. Sidney, who has appeared in many of his diary’s photographs, is for Slimane the iconic embodiment of the California girl and the aesthetic representation of all-American beauty. She improvises a chaotic cheerleader (far from the sweet imagery of cheerleading in American culture) and Wolf is an indie teen who accompanies Sidney on his out of tune cello, wearing a wolf mask. Behind the pair, Slimane’s signature American flag is visible, a recurring metaphor in many of his works. 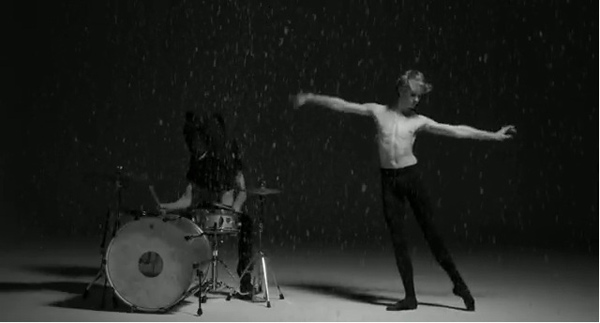