On the eve of the 67th Koutras’ creation, that will officially premier at the festival, that took place between the 14th Cannes Film Festival, me met up with the stars of Panos and 25th of May. “Xenia” tells the story of Danny, 16 and“Xenia” tells the story of  Danny, 16 and Ulysses, 18, two brothers born to an Albanian mother and a Greek father. The two boys, following the passing of their mother, embark on a long and arduous trip, hoping to find their father, who left them when they were still children. Kostas (Danny) and Nico (Ulysses) talked to us about working with Panos Koutras and their first journey into the world of cinema.

How did your collaboration with Panos Koutras come about?

Kostas: It all started in November 2011. I was still in school and had decided that I wanted to try and get into drama school, so I started preparing for it. There was an amateur group in Gazi, called the Non Actors and I saw that they were looking for Albanian nationals between the ages of 16 and 21, through Athens Casting. I asked a friend to book me an appointment, I went, they liked me, I was then booked to see Panos, who also liked me and from then on I went through castings every two months. I met Nico in the summer of 2012, during a casting, where we tested the waters of how we were as a duo. Upon returning from our holidays, we began a 20 day try out to see if we clicked. You know the rest.

Nico: The Athens Casting folks came by the school one day and we shot a video with them. They called me up but I was working that day. On top of that, I didn’t really think I’d get the gig so I missed the meeting. Panos continued to looking and I my name was put forward by chance, by someone that worked at Athens Casting. I decided not to miss my chance again. That was more or less how it was for me too. Loads of castings that reminded me of the project, just as it was about to fade from my mind. When we had our first rehearsal together, we had no idea that we’d gel as much as we did.

How long did the the actual filming take?

Three months more or less. From the 14th of May to the 25th of July. It was a unique experience and we didn’t know where it would lead. Our first cinematic experience and our first big production, rolled into one. 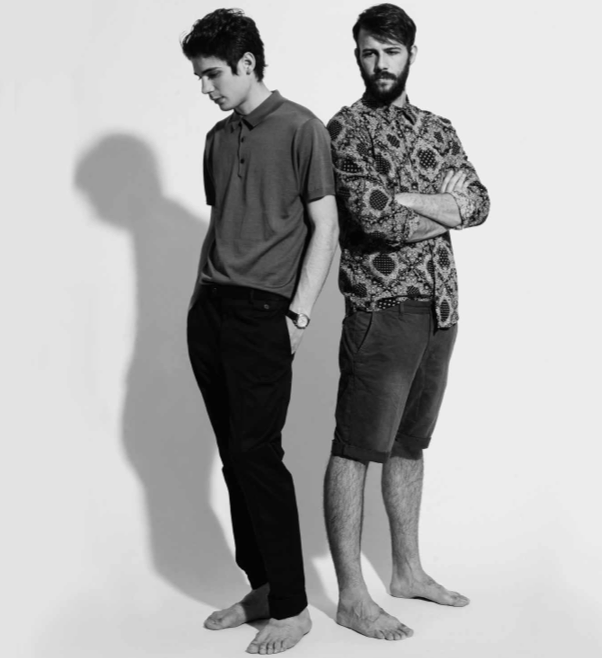 Nico: Kostas would come to the first rehearsals having not studied at all. He would pick it up on the spot. Along the way, Panos whipped us into shape.

Kostas: It wasn’t just filming in Athens, we went to other cities as well. Kozani, Larisa, Platamon, Salonika, forests and mountains, the foothills of mount Olympus. I even went to Iraklion in Crete on a one day shoot.

Did you find common elements between the characters and yourselves?

Kostas: Sure. Panos certainly picked out the right characters. My character was gay and although I’m straight, Panos asked that I approach the part in a childlike manner, without thinking about the sexual aspect. He wasn’t asking me to find the homosexual in me, but rather that get in touch with my inner child, a characteristic that I know all too well. In any case, a gay man doesn’t feel gay. He feels normal whether or not he expresses himself in a feminine way. The approach was just based on the character’s humanity. I feel that I, as Kostas didn’t bring with me any of my Albanian roots, seeing as I was born and raised in Greece. I go there every summer, but when I go there, the call me Greek and make fun of me because my Albanian isn’t so good. My parents however, taught me never to forget where I’m really from.

Nico: I really struggled with the role of Ulysses, since the character is really repressed and angry. He faces pressured from both his family and his social circle. He leaves home at 14 and never speaks to his family again. Nico seems the complete opposite of Danny, but at the same time they are exactly the same. They share common experiences, though at different times and with different reactions. I think where I connected with the character was on the racism level, which is something I dealt with, until I managed to assimilate myself. Let’s face it the “you’re an Albanian” tag never leaves you. 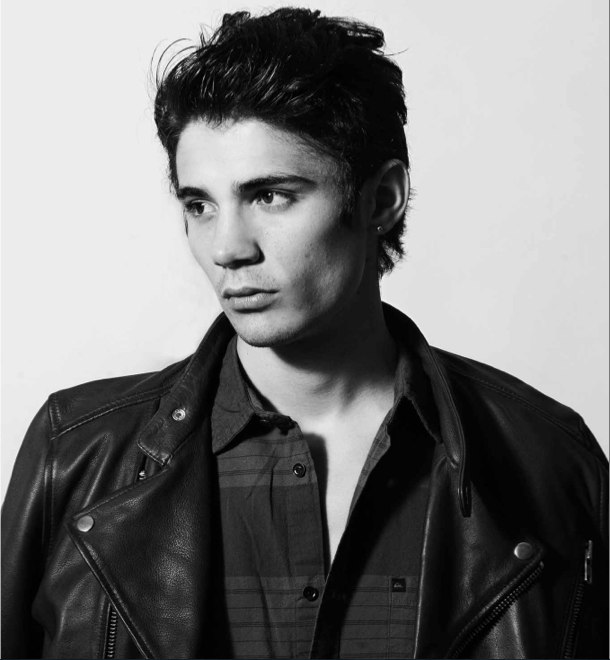 A central part of the plot revolves around a talent show in Salonika. What does this mean to the characters?

Nico: There is a paradox there. In that the film deals with many serious issues, but focuses on a talent show. It provides a reason for us to bond as well, a goal that is independent and outside our world. Finding our father is such a serious and heavy affair, but dealing with the talent show keeps us afloat.

Kostas: Danny asks Ulysses to go to Salonika with him, as he sees it as a chance for a better life. Ulysses has a beautiful voice, just like our mother. Her dream was to have a career in singing and that can be realized through Ulysses.

Nico: For me on the other hand, it’s different. I’ve left myself behind in coming to Athens. Along with everything else I left due to my rough times in Crete, I also left my love for singing behind. Danny comes to Athens alone after our mother dies and I’m left as the sole guardian, since I’m 18. The moment you see this kid, you know that a whole host of problems come with him. Ulysses isn’t bothered that Danny is gay, he’s bothered when someone uses something like that to provoke a reaction, like his younger brother does. Danny makes a lot of trouble for his borther by coming to Athens, so the trip in search of their father and the talent show, seems like the only solution. Ulysses being 18, must find a job, in order to make money, get a residency permit or get accepted by his father so his brother can be taken care of. If he doesn’t make it, he’ll be deported and the two brothers will be separated. That alone, is a heavy cross to bear, it’s a dead-end. If the police find them where will they go back to? What will happen to them?

Kostas: It’s not about finding your way home. It’s about the journey. The search for the father is the springboard. It symbolizes the psychological part of it, the “whys”, the responsibilities. Essentially the whole process is what binds them together and offers up all the answers. Danny is much more vindictive. He’s angrier and determined to find who is to blame. Ulysses thinks that we should leave the bad things behind us and move on. Erase them, even if we have no answers. 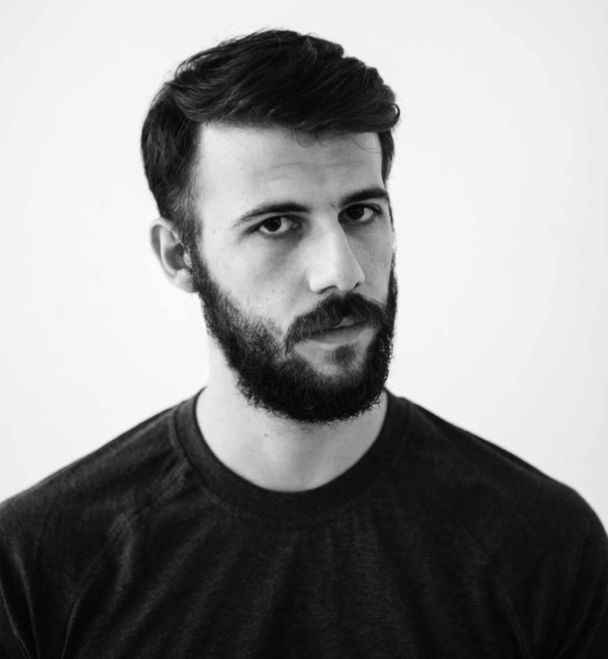 It’s essentially your first film. Your only job so far. How do you feel, seeing your work in this getting recognized and praised and reaching Cannes?

Kostas: I don’t think we fully comprehend it yet. We don’t really know what happens when a film gets to the point of going to something like the Cannes festival. There are many excellent and well established Greek actors that never managed to go on such a journey. It’s my first job as an actor, I haven’t even finished my studies yet and yet here I am at 19 years of age, taking part in a film that climbs to third place in the standings. It’s immense, so much so that I can’t even fathom it.

Nico: I think we’ll only realize it all when we get there. We’ll go to Cannes like we’re going on a daytrip to Nafplio and we will not even have seen the movie. We’ll see it there. I think we’ll suddenly just enter this chaotic world. We’re just excited about seeing the film more than anything else.

Kostas: My parents are in Albania now. They went back when I finished school. I stayed on and have been living alone for the past two years. Up until now, my job was laying tiles, but now my parents are in a position to help me out financially again and are doing so, until I get another job.

Nico: I’ve worked in bars and cafes since I was 17. I work two jobs a day to cover my drama school expenses and be able to do what I want. I recently left one of my jobs in order to focus on my rehearsals.

How do you imagine your life after Xenia, professionally? Do you feel a greater responsibility inasmuch as your future projects are concerned?

Nico: I don’t think we fully comprehend it yet. I definitely won’t let myself rest on my laurels. Yes, it’s a great achievement, but I can just rely on that. Every project should be seen as a new experience, a destination that I must discover, to conquer all over again. I think an actor should always have this mindset.

Kostas: Every role is different. Of course I’m happy with how well my first project has done, but I haven’t fully realized it yet. I don’t want to stay with just that, nor do I wish to be judged on that alone. I’m still very young and inexperienced. The only thing I feel right now is a greater sense of responsibility. People will expect more from me now and I must not fail those who put their faith in me. I have to prove that I was worth it.