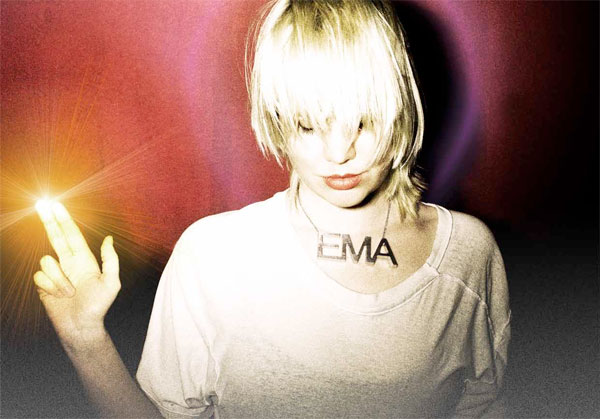 EMA or to be more precise Erika M.Anderson, left her home at the age of 18 that was somewhere in South Dakota and sailed to the City of Angels, where they say dreams come true. Sometime in the beginning of the millennium she met Amps for Christ and later on she formed the Gowns. After she got tired of all these, she decided to do something entirely on her own… To sing for California with the most dark and desperate lyrics like Kim Gordon in ‘Tunic’, to be exposed with confidence and ambition like Courtney Love in ‘Pretty on the Inside’ and experiment further fearlessly like Cat Power on ‘American Flag’. Somewhere between loud loops, abstract guitars and sick synths and without trying to look cool. Even if her sound is characterized, by some people, like hipster music, Erika M. Anderson deserves to be one of this year’s surprises confirming all the predictions for a future leading role in music.