‘Treasure Island’ is the second single from Azelia Banks’ upcoming album Fantasea II. The song is like a little slice of paradise with a catchy refrain and infectious guitar melody as the rapper sings about the “moon twinkling on the watery horizon” accompanied by bubbling noises. The song is currently out on YouTube accompanied by visuals of Banks wrapped in laced up belts posing in front of the sea. 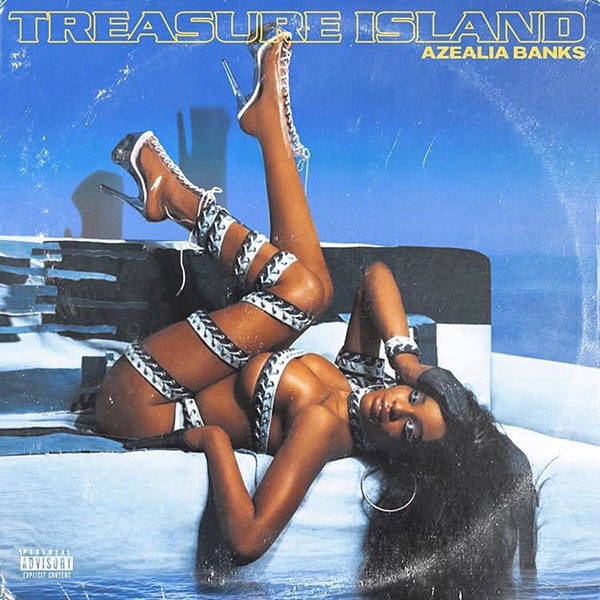 Azealia Banks used Seapunk as an influence to her music and aesthetic on numerous occasions, especially for her music video for ‘Atlantis’. ‘Treasure Island’ sees Banks continuing to reference this internet subculture and develop the utopian universe of her music.

The summer song follows from Bank’s ‘Anna Wintour’ where the rapper impersonated the infamous editor of Vogue with a short bob. ‘Treasure Island’ comes to streaming services and iTunes tomorrow (July 6th) with the full album apparently coming soon.