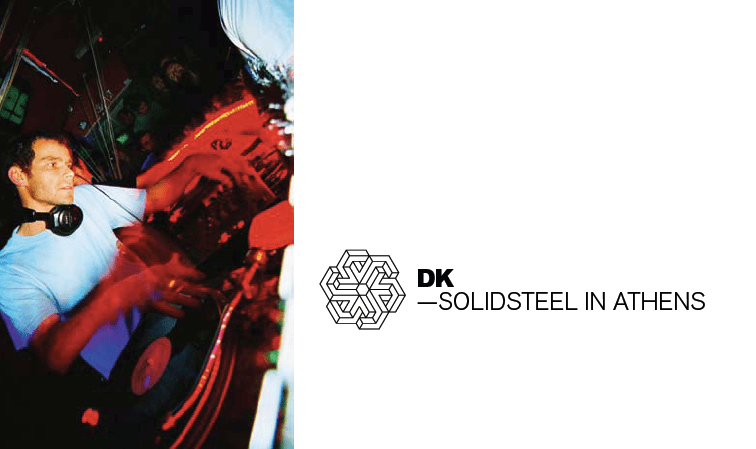 DK (aka Darren Knott) is the man behind one of the world’s best freestyle radio shows; Ninja Tune’s legendary “Solid Steel”. Subtle but always eclectic and highly technical, DK graced Athens with one of his exemplary sets on the 7th of March 2009 at K44. The night’s host DJ Winjer took the chance to chat with him about what he does best: spinning the “broadest beats”!

You‘ve been part of the Solid Steel team for more than 10 years; How did you get involved in the show and what are your duties? Matt Black from Coldcut heard one of my mix tapes and was asking about some of the tracks on there. He suggested that I submitted a mix for the show which led on to becoming the producer for Solid Steel. I compile the show each week, which includes a mix from one of the regular team as well as a guest and also I make sure that it reaches various stations around the world.

The music heard on the show spans a broad horizon, however unlike other radio shows the sets are tightly mixed and could easily work on a dancefloor as well. How do you pick the ingredients and what’s the preparation for each set? Ingredients is the right word, it’s like a different recipe each week. First I listen to the current releases and then take a handful of the best ones from a variety of styles of music, see which tracks mix well together and add in a few older tracks that help build up the mix and compliment the sounds.

What’s your view on club DJs that are not technical? Are DJ skills for elitists or are they essential to get the crowd off? First and foremost, track selection is the most important skill for a DJ. Just being able to beat mix tracks isn’t enough, it’s what you mix that counts.

Can you name three recent albums you’d recommend for non-stop listening pleasure? That is hard as I usually buy singles, but I have enjoyed the latest Grace Jones album along with the new albums by the Qemists and Thunderheist.

Apart from the show and DJing what else gets you excited? Food and travel have always excited me, but that excitement has now been replaced by my new born son.