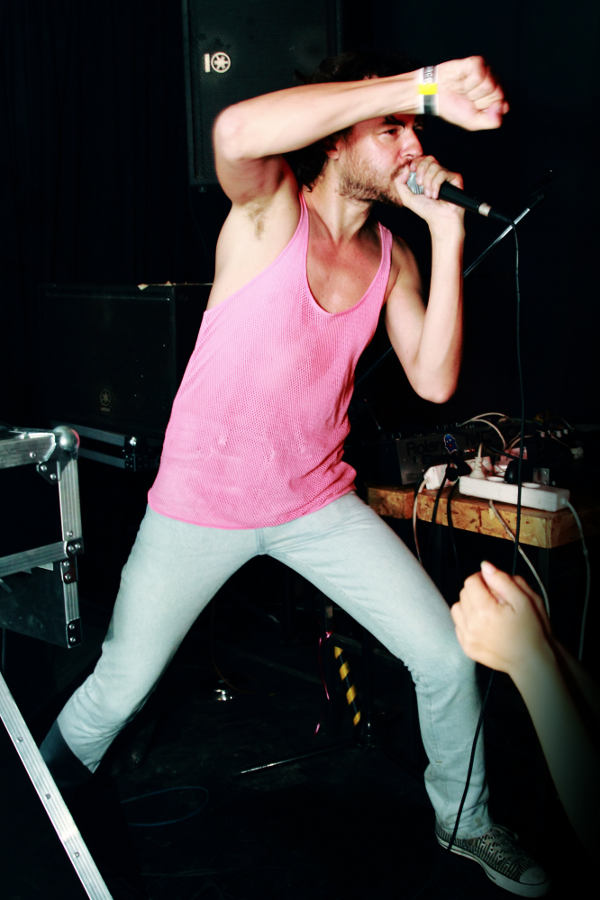 After years of hard work and a number of excellent releases, Matias Aguayo is finally acknowledged as Latin America’s major export name of the dance scene. On the sidelines of the workshop that took place during Εn-techno festival in Athens this September, Matias spoke to OZON about himself, his label Cómeme as well as the expectations one might have from his shows.

-Electronic music was long considered a privilege for the likes of European and North American artists. However, you come from Chile. How come a South American is involved in that field?

I might come from Chile but I grew up in Germany in Cologne, a city with substantial tradition in electronic music and thus I was influenced by my en- vironment. On the other hand, a lot of the rhythms used in electronic music have Latin origin just like myself.

-Do you therefore view your music as a blend between the German environ- ment you grew up together with your Latin origin?

Exactly that! This is how I view myself too.

-Cómeme, your label, is lately in the spotlight. Some also call it the Kom-pakt of Latin America.. Really? This is the first time I hear this!! Wow, thank you.

-Tell us about it.

I ‘d say Cómeme is more than just a label. It is a collective effort of different artists each one making their own music.. We all collaborate with a common goal, helping each other with an aim to release music from young Latin American artists. I know a number of djs as well as producers longing to experience one of your shows.

-Can you describe what exactly is it that you are doing on stage? It is neither a dj set not a live…

I think what I do, is more a dj set than a live. I use my own as well as other people’s, mainly my friends’, tracks and rhythms while adding to them live vocals and percussion. Therefore my set involves live elements too.

-Your latest album and your latest releases in general were considered not only a breakthrough in a particular music genre (house or techno or other) but also a step beyond the limits of electronic dance music as a whole.

-I personally believe that you were never really restricted by those limits but do you think this could be the future of dance music?

I certainly do. I also think that this is both the future and the past of dance music. When House music begun, it wasn’t seen as a new genre but a new way of making music. I think nowadays people want to listen to different styles, different rhythms. It became tiring listening to the same thing over and over at a party. Therefore, yes I do believe mixing different music styles is the future.