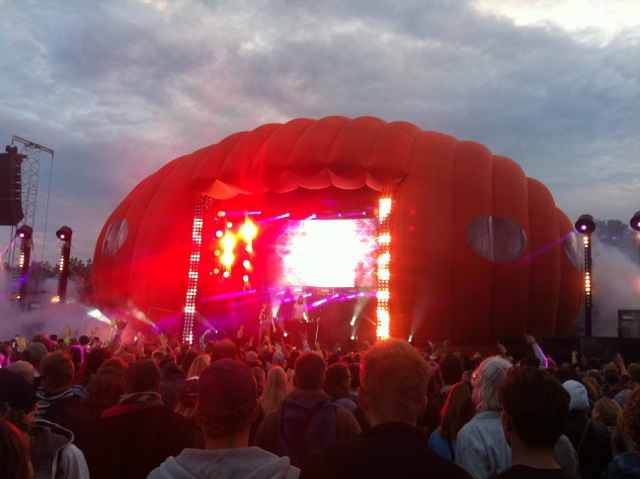 Today is the official start for the the biggest music event in Northen Europe, the danish music festival Roskilde Festival. The city of Roskilde is located on the island of Zealand, about 30 kilometers from the danish capital Copenhagen. Every year in the beginning of july the city and its surroundings are filled with festival guests and music. The festival have hosted everything from Nirvana to Björk to Prince. This year the festivals biggest names is Rihanna and Kraftwerk, but the festival is also a big scene for upcoming bands both scandinavians and international. In the last two years the initiave Roskilde Rising have been presenting selected artist from nordic bands to perform at the Pavilion Junior stage during the warm up days. This year we will blog from the festival interviewing upcoming bands, sharing the finest stories and sounds with you.

Our first interview is with Danish drummer, Rasmus Valldorf Jensen, on his music and which bands he look forward to hear on this years Roskilde. Rasmus have a long experience as a drummer and have played in bands like the Astroyd Galexy Tour, 4 Guys From The Future, CTM and the list goes on…

And at this years festival he will be drumming at the “Odeon” scene with the artist Kirstine Stubbe Teglbjaerg: /www.kirstinestubbeteglbjaerg.com

We think you should get to know a little bit about  Rasmus Valldorf Jensen because he is a very talented drummer and has a great and funky style, so here we go:

1. How and why did you start playing music?

R.V.J.: My dad gave me my first drum kit when I was 6. We had a big basement and I would sit down there all day playing to records we had in the house. Dire straits, Queen, Stones and Kim Larsen were my favourites. I couldn´t reach the kick pedal though and I never understood what the toms were for until much later.

2. What would  you like people to feel and think when they listen to your music?

R.V.J.: Depends on what music i´m playing I guess. I play in alot of different constellations and bands, so the mood changes alot…. but,  Don´t really think that I want them to think or feel anything, that´s up to themselves to figure out.

3. Whis is your favourite song you made and why?

R.V.J.: Always the latest! I rarely listen to old stuff i´ve made. My interest and passion for music is everything and I always wanna go new places and hate to repeat myself. I find things that I don´t know much about more appealing, and I love when it´s award….for me.

4. What does Roskilde Festival mean for you?

R.V.J.: I´ve seen many great bands there, and Heard some of my greatest conserts. If you´re from DK playing music, Roskilde Festival is the biggest and most coveted gig you can play here. It´s a big thing!

5. Have you played at the Rolskilde Festival before, and if how was your experince?

R.V.J.: This is my fourth time playing at Roskilde. I´ve played with 4 Guys From The Future, Frisk Frugt, The Asteroids Galaxy Tour and on friday Kirstine Stubbe Teglbjærg ( Blue Foundation).

It was overwhelming to play at R.F. Especially because so many people you know, like and admire are there, so you really wanna do a great gig. Luckily The audience are always great and supportive.

6. What is your favorit festival memory?

7. What are you expecting from your Roskilde prefromence this year?

R.V.J.: We play alot of new songs, this is only our 3rd concert with the band,  and I play on some new electronic equipment, so i just pray everything works….and that people like it of course.

8. What band are looking forward to see the most at Roskilde festival this year?

R.V.J.: Many great Danish bands, such as: Iceage, Lower, Synd og skam and then I never got to see When Saints Go Machine.

Also: Azealia Banks, Action Bronson, Kraftwerk, Kris Kristoffersen. All the big acts like Metallica, Rihanna and Slipknot are great , but I saw them all in Rio de Janeiro last year at a festival, so I don´t need to see them again.

9. Which is the weirdest thing that ever happened to you on stage?

R.V.J.: I forgot my drum stool and had to stand up during the whole concert. Sounded great though!

10. And your 3 strongest festival outfits for this year? 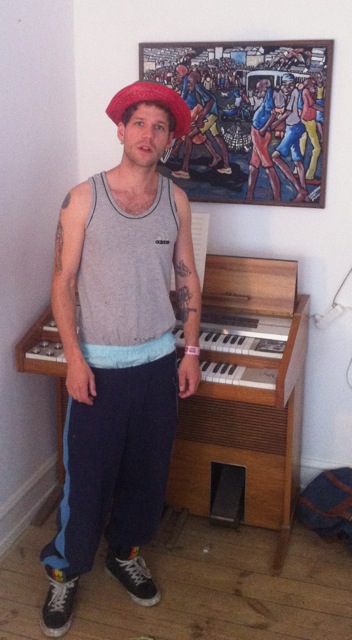 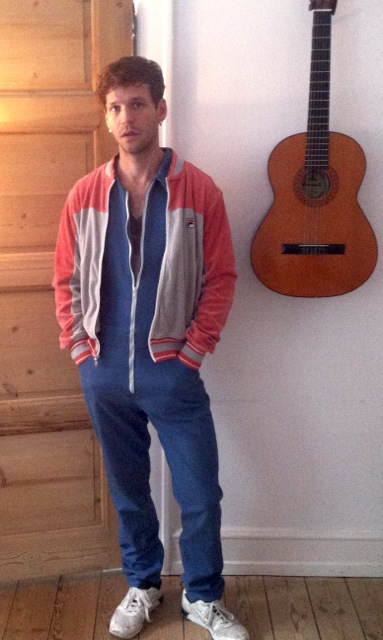 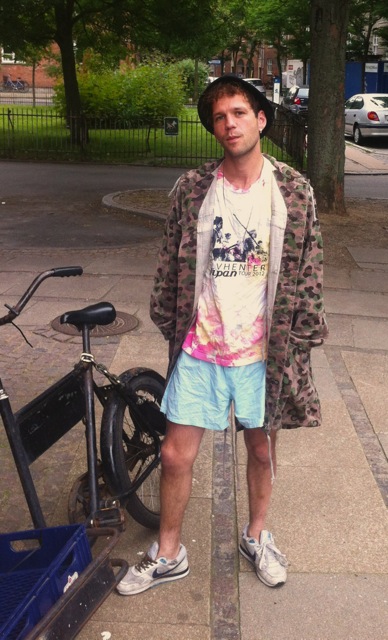