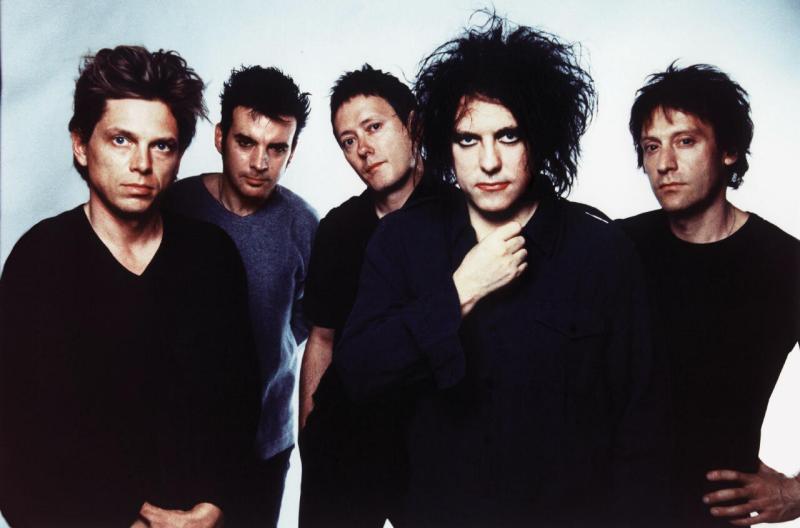 “Just Like Heaven” is the stand out track from The Cure’s 1987 album “Kiss me, Kiss me, Kiss me:, their seventh long player, for a variety of reasons. It’s a time when The Cure decide to flirt with pop music and present their post-punk and new wave following with a dark and romantic song. Robert Smith has fallen in love with Mary Poole, and intends to marry her. During a trip of theirs to Beachy Head, Smith comes up with the song’s lyrics and returns to southern France to record the album.

Even the song’s video clip is inspired by this trip. The red lipstick, the hairspray, the white makeup, are once again the trademarks of The Cure frontman, but what really steals the show, is the ethereal beauty that parades through the clip, the one and only time that a woman has appeared in a The Cure video and of course it is none other than Smith’s wife. And if it seems that I’m getting too hung up on Smith, even though I’m talking about the entire band, it’s because he has been the only member of The Cure to remain in his position, since they started walking down the musical road that took them far away from Crawley in West Sussex. The story of The Cure has left 8 ex-members behind it and is now being continued by four. My own personal story with The Cure starts when my sister, then in her high school years, abandoned her Laura Ashley threads and adopted a full on 90s goth persona. Whatever item of clothing she didn’t make herself, she would pick up from Acrobat and various stores around Monastiraki. I hadn’t thought of the image of my sister getting ready to go to the cavernous Rebound club or waiting for The Cure to land in Greece for a live show in years, that is until I reminisced about that whole scene after watching a documentary on the shoegazing movement quite recently. In it, Robert Smith – in his early 50s – spoke excitedly about the era and his favorite bands, still wearing his faded red lipstick, his blown out hairdo and still talking in that sweet, shy voice of his. The only real difference other than age, was perhaps the fact that he now carries a few extra pounds. Beyond that, he still looks the same in every interview, in every public outing. He gets asked the same question a lot: “Why do you still wear make-up?”.

His answer is simple. “I married a girl that likes me as I am. If I were to change my hair every day, or if I had to re-invent myself according to a fashion trend, then I think that my wife would start to get bored of me and eventually resent me”. I’ll have to agree with him on that. I hope that whoever it is I marry, will never get bored of me and will never grow to resent me.