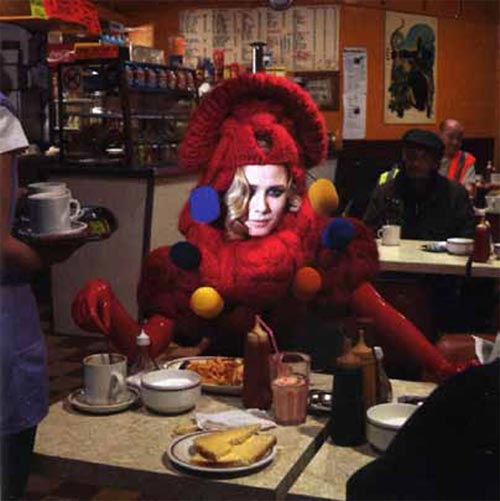 Her presence on the synch was the festival ’s highlight . Her stage performance left everyone impressed . At the same time there was another concert and I chose to go there; mistake no 1. Few months later, the impressive Irish girl returns . This time I make it to the venue ’s door. The door closes , it was sold out and I was left without a ticket . That was mistake no 2. We
all make mistakes , our mistakes make us stronger, more mature. At least some say …

This is similar to what Roisin Murphy is saying in ‘Overpowered’, the title track from her second solo album. The former Moloko diva, and now a diva of herself seems to be liberated from everything that connected her to the past and from everything that could limit her present. Since 2007, when ‘Overpowered’ was released, two years had passed from the end of Moloko; a band created by Murphy and Mark Brydon, a lover and music companion. Story says, that the first thing Murphy asked him when they met was ‘Do you like my tight sweater?’. Although Brydon had an established experience in the music industry, Murphy too proved to be a worthy student. ‘Ruby Blue’ her first solo work was only a brief introduction, not yet giving away what was about to follow. Her seductive voice with the slight hoarseness in combination with her unequaled transformations have created a superb singer, able to feel powerful by overcoming obstacles. The multidimensional persona of Roisin Murphy could only cause dual analysis of her songs. Especially in ‘Overpowered’ apart from the obvious heroine getting over a
lover, there is another interpretation of a person coming to terms with his homosexuality. Whatever the meaning – and surely there is more – one is certain; that under no circumstances should we forget who we truly are. In The Little Prince, Antoine de Saint-Exupéry says that ‘love is the process by which the other one reminds us of our true selves’. Among her multiple roles Roisin takes her dog for a walk, is a mother and fears for the time when her parents die and maybe all these make her feel powerful. Next time she is around for a gig, I will not miss her; mistakes now belong in the past.