Unforgettable – Sweet Dreams (Are Made Of This) 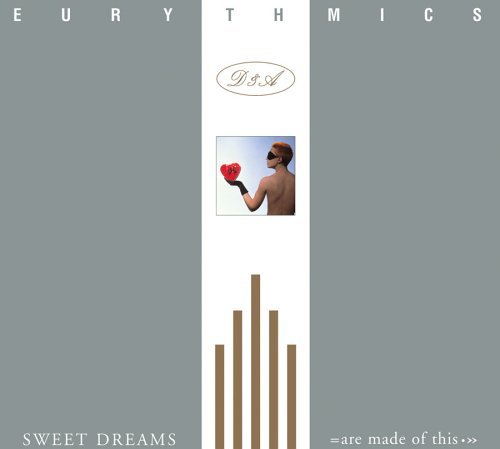 January 1983, Annie Lennox and Dave Stewart wear identical suits, are the Eurythmics and release ‘Sweet Dreams (Are made of this)’ album. She has short, strikingly orange hair, he wears black glasses and his hair style is very 80s and they make their commercial breakthrough. Raw synthesizer, strong rhythmic beat of the drum machine, cold female vocals and they enter the UK and US charts. A genuine electro-synth pop song. The video of the track makes strong impression and conquers the early MTV realm. Much fuss about Lennox’s androgynous style –Lennox and Stewart have stated they wanted to look like twins- less about the featuring cows and the fact that the video is all over the place –in a good way. A clutched fist following the beat, Stewart like a mad scientist behind the synthesizer and Lennox’s strict persona as an ‘ice cold diva’ in her partner’s words. Dave Stewart has declared proud of this early recording which was complicated to make. And he should be. Recorded at home in low tech 8 track studio with a nevertheless high quality the song did not betray its low budget realization. This somehow buffed electronic grain is a true offspring of its era. Before ‘Sweet Dreams’, ‘Eurythmics’ had already released their first record ‘In the Garden’ in 1981 without success. When the title song became a hit it also became the trademark of their future career and brought retrospective commercial success to their first album. They kept up well with success, releasing by ’89 when they finally parted four more records all of which became gold and platinum in the UK and the US. All this time they had been performing ‘Sweet Dreams’ in every single live act they did, with the same frequency they answered in interviews to whether they are still a couple and what does the name of the band mean. As a matter of fact have performed the song around the globe (most recent being 2003 in Cape Town), have talked about their private relationship with humor and have thoroughly explained the term eurythmy in the same way REM have spread the word for their name. In 2001 ‘Sweet Dreams (Are Made of This)’ –yes, the parenthesis is part of the title- was remixed for their Greatest Hits package and in 2005 the album is re-released with the same cover and few bonus tracks. With ambiguous lyrics and a climactic tension the song has a dark twist – long before Marilyn Manson’s cover of 1995- which saves it from the tank of loved yet embarrassing 80s hits. Its place in RollingStone’s 500 Greatest Hits of all times is not the reason we still can’t resist tapping our feet to it.

EURYTHMICS SWEET DREAMS (ARE MADE OF THIS)