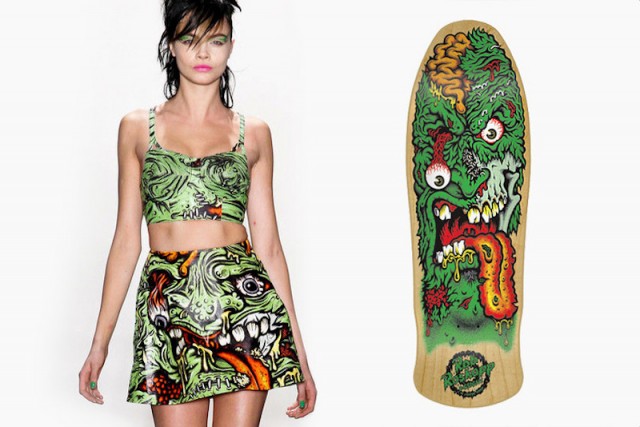 Who said that cheap is not good? Especially since it can also be an example to imitate!

It is true that fashion has accustomed us to the other way around: Small, obscure brands have the reputation of copying great designers, offering (almost) the same design, with a (quite) lower quality in a (clearly) better price. But, what happens when big names of fashion are faced with lawsuits from smaller brands for having copied their designs? If you thought that the big fashion houses always come up with original ideas, it is time to reconsider. Five examples explain why.

Chanel’s crystal bangles that impressed Paris Fashion Week in 2012 show frightening similarities to the collection of Pamela Love, a year earlier. Since the latter only started in 2006 (as opposed to the French house that already counts 100 years), it is not difficult to conclude who copied who. In December 2015, Chanel was once again accused of copying. This time, from Scottish designer of knitwear, Mati Ventrillon, who claimed that a series of his collection “Metiers d ‘Art” (mainly male and female sweaters) looked exactly the same as Chanel’s 2015 collection. If it is not guiltful the fact that Karl Lagerfeld avoided to place these garments for sale, then what is it? 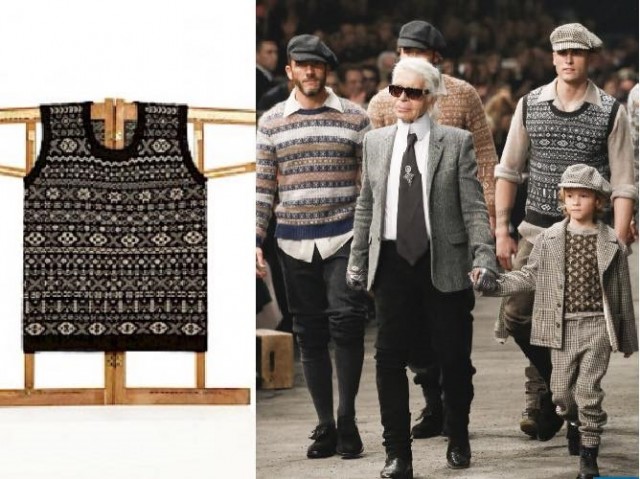 Kesh, an English artist and designer, who had designed the following T-shirt for American Apparel, called out the Italian fashion house for having manufactured a faithful replication of the original garment, using as evidence the photo that she had uploaded on Instagram. The irony is that Vercace sold this for $650, whereas the T-shrt by Kesh cost.. only $50! 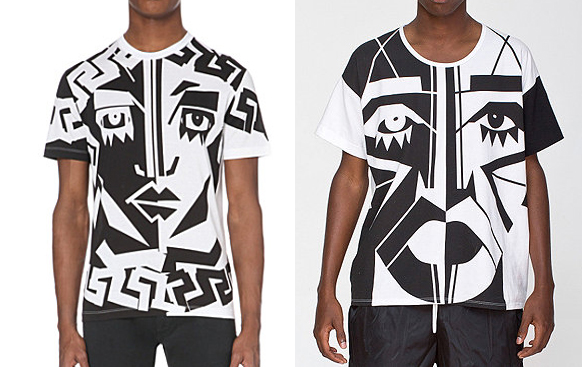 Who would expect from the prestigious fashion house that for his S/S 14 men’s collection, they would design, manufacture and sell a jacket exactly the same as the GT-J5A jacket by Berlin’s tech/fashion brand, ACRONYM. You too, Brutus?

Pioneer in copycat is no other than famous Jeremy Scott. Once, he was sued by the artist and graphic designer Jimbo Phillips, who accused the designer of having used his own designs for the F/W 13 collection …

.. While two years later, a lawsuit was filed by the street artist known as'”Rim”, who claimed that Jeremy Scott had used his graffiti art for the F/ W 15 Moschino collection, without the knowledge or consent of the former.