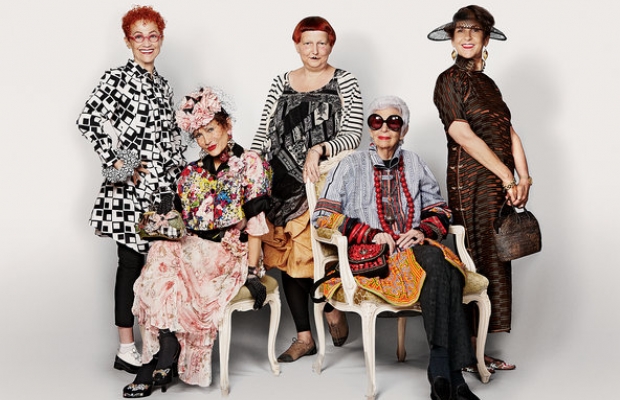 Ari Seth Cohen is a photographer, well-known for his love for older people, mostly women. He owns “Advanced Style” blog, he has written a book about it and recently released his documentary about seven old women in NYC.

Cohen grown up in San Diego, with the strong love of his two grandmothers whose style was really uique. One of them studied at Columbia University and being aware of the beauty of New York City, they convinced him to leave San Diego and move there. It was the only way, according to her grandmother, to become creative and evolve as well. From the very start of his life in New York,  he was impressed by older people. Their style and their lifestyle was unexpectedly amazing. He was captivated by their energy, so he started talking to them and finally capture them. His blog, in which he presents third age people with style and a twist was the next step.

In 2012, he published his first book, with the contribution of Dita Von Teese. He introduces his blog through images, interviews and stories about the people he captures in N.Y. streets. After two years of focusing on his project, at the 26th of September his documentary was out in theaters. The documentary presents the lifestyle of seven New Yorkers, which are entering their elderly stages of their life. With their eccentric style and strong independent personalities, they bring upon doubts about the mainstream ideas of beauty in the western word that is displayed by magazines.

It seems that Cohen’s love for the Advanced Style and for the well dressed, energetic middle aged cannot be restricted by a single mean. His entire project shows a need for a change, a turn in a different direction in which fashion is displayed. This is very apparent, through recent campaigns which are in fact having an impact on him. Besides fashion however, he states that he will focus on these individuals way of life as an example for us all in his new book, which he has already started writing.