Lilly-Rose Depp Is The New Face of Chanel 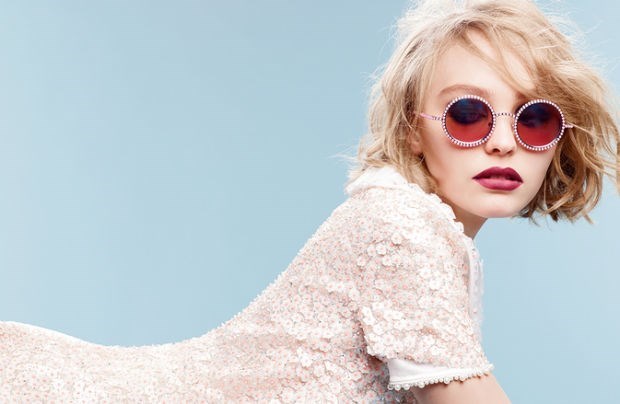 Lilly-Rose Depp seems to be following her famous parents’ footsteps. Being raised by Johnny Depp and Vanessa Paradis, it should come as no surprise that their 16-year-old daughter is paving her own way in the fashion and film industry. Taking full advantage of her famous parents’ genes, Depp has recently appeared in a new video of Irish rapper Reijie Snow and she will be soon making her cinema debut opposite her father later this year in comedy horror film Yoga Hosers.

And how about fashion? Her mother has been a muse for Chanel for decades. So how could this young beauty not strike Lagerfeld’s attention, having watched her growing up and turning into such a lady? Her fashion debut was made back in March, as a guest in Chanel’s new York Métiers d’Art show. Just a few weeks ago, she was part of the all-star Chanel casino team for the French brand’s latest Haute Couture show, alongside Lara Stone, Julianne Moore, Isabelle Hypert and Lilly Collins. And now Depp has scored the new eyewear campaign. She was shot wearing circular, pearl-decorated frames, by Lagerfeld, who said of his new muse “Lily-Rose is stunning. She’s a young girl from a new generation with all the qualities of a star”.

We can do nothing but agree, and wish her all the best!