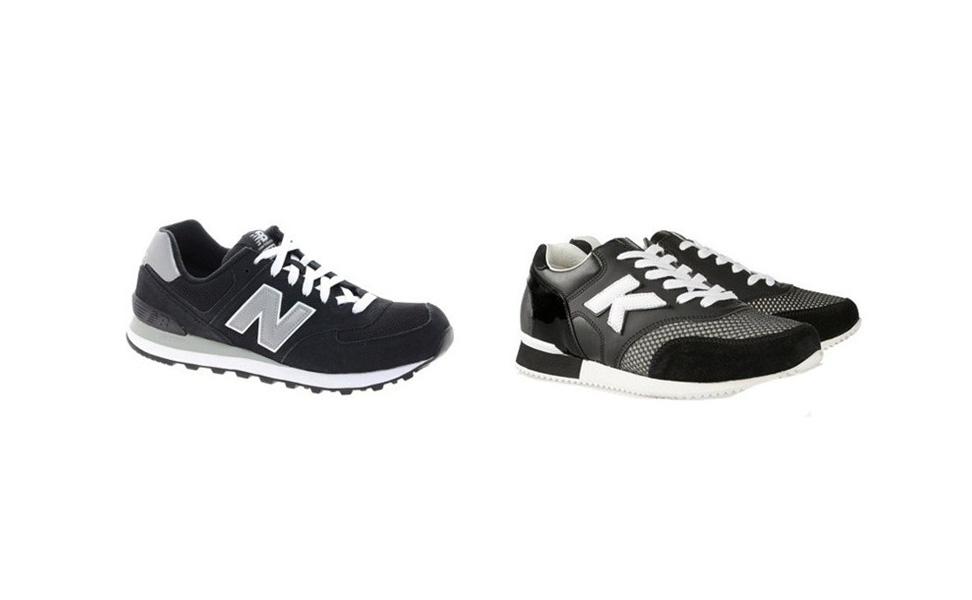 Νew Balance is suing Karl Lagerfeld over a pair of sneakers. The Boston-based sportswear brand is accusing Kaiser of having copied a 70s black and white pair of sneakers. They claim that both the design and logo -by replacing the capital letters NB by K- have been copied. The prices are also quite different, since the “original” can be purchased for 112,88 $, while the “duplicate” for 360$.

Truth be told, the resemblance can not be overlooked, while many blogs have noticed it. Moreover, two months ago, a published article stated “Wait did Karl Lagerfeld just knock off New Balance sneakers?”. However, one should not forget that Karl Lagerfeld has always designed sneakers (mostly for Chanel), and he could not be viewed as the most conventional designer ever. Others refer to Henry Holland’s Fall/Winter 2014 collection for Moschino, and the use of logos and animated heroes of well-known companies, who showed nothing but indifference.

But is that enough? What would happen if New Balance was accused of such a thing?