One of  the two Yves Saint Laurent movies is out in the Greek movie theaters. The film is based in Laurence Benaïms’ book directed by Jalil Lespert. Starting with Pierre Niney as Yves Saint Laurent and Guillaume Gallienne as Pierre Berge.

The film is a biography of Saint Laurent’s  life between 1958-1976 with some flashbacks from 2008, the year Yves died. The script focuses more in the designs and work of Saint Laurent’s and in the relationship between him and Pierre Berge, something that Saint Laurens fans already knew from the documentary L’ Amour Fou of 2010. Maybe, we didn’t see much of Yves everyday life , his emotions, his problems and his addiction to drugs and alcohol. These moments were too brief. On the other hand, Pierre Niney’s acting was very strong, transferring the energy that Saint Laurent had for designing and women but he also gave us the sick passion that Yves had with Pierre. The photography as in most French films, was of very good quality and the combination of costumes gave us a journey through 60’s  and 70’s. 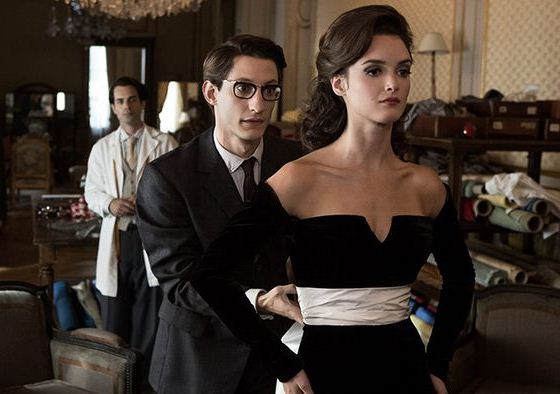