Scribble: a pen that can produce up to 16 million colours 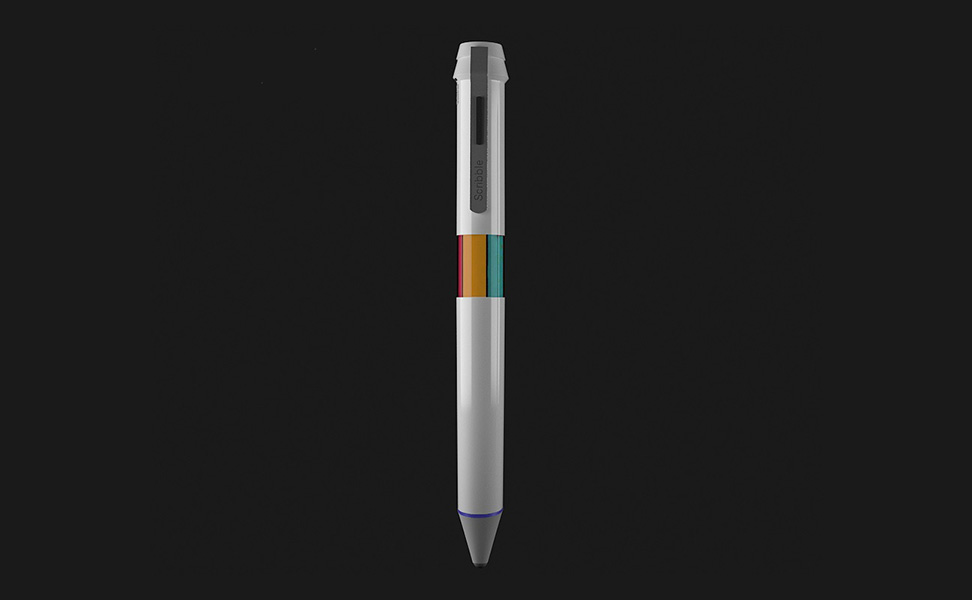 Just imagine a real pen, that can reproduce up to 16 million colours! Imagine also, that these colours can be reproduced by touching its edge to the object with the desired colour! Mark Barker and Robert Hoffman created Scribble, which works the same way the Photosho eye dropper tool does. They are describing it as “he first coloring device of its kind that can take the world of color around you and transfer it directly to either paper or your favourite mobile device”.

Ιt is available either as an ink pen or as a stylus. In its first version, a 16 bit RGB sensor stores the colours for future use, while in the second one, the user can create a library, which can be used at any time, thanks to an application. The procedure is accomplished via its integrated scanner, which turns into a printer when merging the colours. Its memory, although, is up to 1 GB, which is enough for 100.000 colours.

Its price is 149,95$ for the pen and 79,95$ for the stylus. However, none of them is currently available for purchase, since its creators want to run it as a Kickstarter project.Would you buy it?