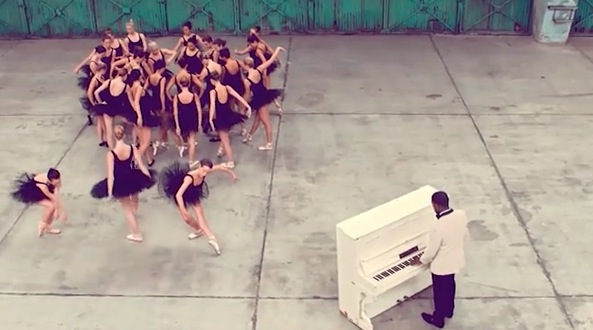 Kanye West has proven himself to be something more that a douchebag rapper. His massive influence in pop culture is being sealed again again, from his music sales to his growing status as a fashion icon. Yesterday, November 2nd he secured his spot in the fashion stakes by becoming the Accessories Council’s Stylemaker of the Year. The annual ceremony was held at Cipriani in New York. Moreover, with his upcoming album “My Beautiful Dark Twisted Fantasy” planned for the end of November, Kanye just released a 35 minutes film/music video. The soundtrack will appear on the forthcoming LP. “Runaway” (directed by Kanye West and written by Hype Williams). In 35 minutes Kaney manages to put together his music, directing and photography, fashion, contemporary dance, classic ballet and loads of sensuality.