The designer did not forget to caption some of his garments in an attempt to raise public awareness. One fur coat read “Fur Real”, another cow-printed jacket read “Cash Cow”. Scott was about an hour late because of Katy Perry, who was booed on the catwalk. It was in deed a spectacular show! 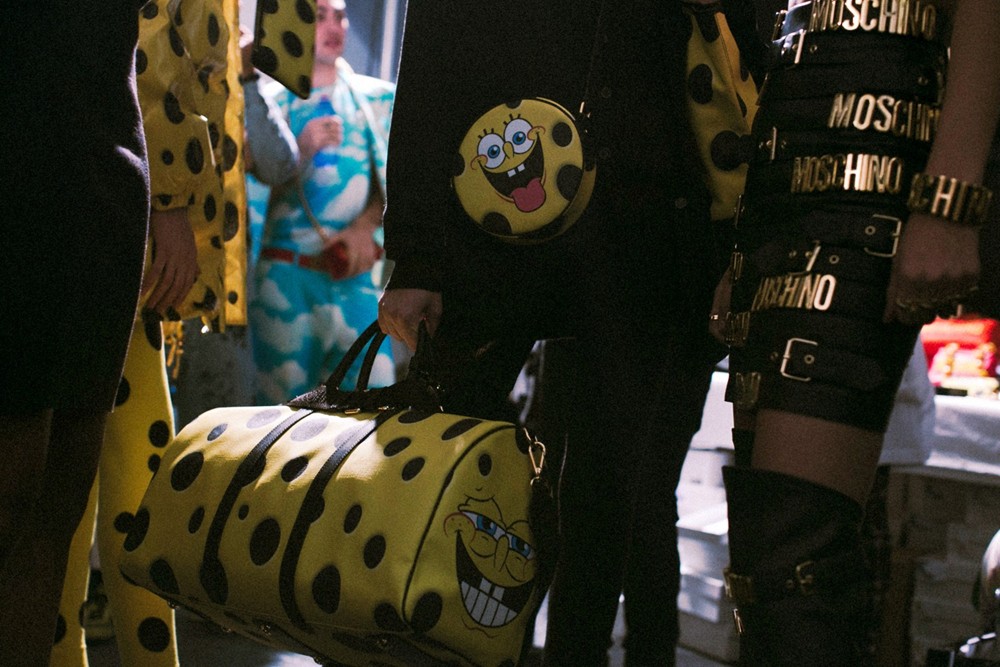 Anna dello Russo commented that the show had the energy of a 90s Gianni Versace show, which used to run hideously late. Scott’s show clocked in at just past 57 minutes late, due to the fact that they were holding it up for Katy Perry and her entourage to arrive. She flew in specifically for the show. Not quite sure if the resounding boos in the pit and the crowd registered with her. She was sporting though, hamming it up for playful pictures with Scott in the restaurant kitchen with a pasta tray and some washing up gloves.

Everyone backstage after the show was wondering why had it not happened earlier. Jeremy Scott at Moschino was a no-brainer. His t-shirt (part of a capsule collection that hit the website immediately to satiate the Insta-fashion heads who would have seen pieces on the runway) read “I don’t speak Italian but I do speak Moschino.”  Scott knew exactly what he wanted to do before even arriving in Milan to get started and it showed.