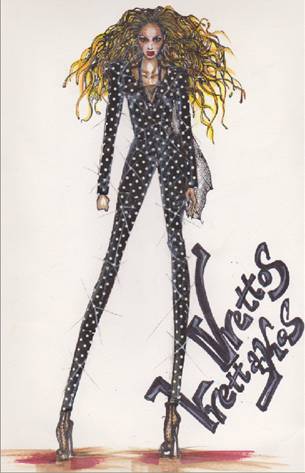 Born and raised in Athens, he studied at London’s elite Royal College Of Art where he graduated in 2005. He was recently the talk-of-the-media, for Βeyonce wore one of his creations for the Brit Awards –that is a 400.000 crystals Swarovski gown. Vrettos Vrettakos. His graduating collection entitled as “Ripples” dazzled both the critics and the audience, while establishing him as one of the youngest designers underground 2005 in Britain’s fashion scene. His line was later sold to massive boutiques in Tokyo and London, such as “Dovestreet Market”. His clothes have been photographed for famous fashion magazines the likes of “ID”, “W”, “Paper”, “V. Magazine “,” POP “. His C.V does not stop there. In February, 2008 he showcases his designs at the  London Fashion Week. He now lives and works in London. Every single collection of his carries elements of the Greek heritage and mythology. In his case we can’t help but wonder “What will be next?”