Τhe fashion community is mourning. One of the most famous fashion designers, Oscar de la Renta, passed away, at the age of 82, after his battle with cancer. This tragic event might have happened, but Oscar de la Renta lived a life full of success, recognition and love.

Born in Dominican Republic during the Interwar Period, de la Renta wanted to study painting. His father being old-fashioned judged his choice. His mother though (with whom he had a special bond), respected his wishes and helped him move to Spain and study. When a friend asked him for help to alter her dress, he discovered his love for fashion. His talents didn’t take long to get noticed and consequently, he started working for several Spanish fashion houses, with tipping point his training next to one of the most important designers, Cristobal Balenciaga. With that experience at hand, he moved to Paris where he worked as a couture assistant, next to Antonio Castillo, the then designer of Lanvin. In 1963, guided by the advice of the editor-in-chief of Vogue magazine, Diana Vreeland, he worked at Arden, where hε started gaining more recognition. Two years later, he launched his own ready-to-wear collection. The success of the label was instant. That success continued to grow, when he became the first Dominican to work for a French couture house, Balmain, where he stayed there for several years (1993-2002).

His love for the female gender was clear on his pieces and making them was like a second nature to him. His clothes had an undeniable elegance and flattered every woman who wore them. He paid attention to detail and that made his clothes look like pieces of art. His eveningwear designs where those that made women from the high society to love him. In that list are included some of the First Ladies like Hilary Clinton, Michelle Obama and Jackie ‘O and some younger ones from the world of the cinema such as Sarah Jessica Parker, with whom he kept good relations.

Some of his signature looks were the flamenco dresses, the androgynous tailored suits and of course the luxurious gowns, made from materials like organza. In 2006 his label diversified at bridal wear, a move than gained him a big financial growth.

In 2013, he hired John Galliano -despite all the controversy around his name- as the creative director of the label, but because of contradictions, Galliano left the house. Recently, he appointed at the same position Nina Ricci’s former designer, Peter Copping. Even though, he was diagnosed with cancer since 2006, he never stopped being active and evolving as a designer and as he once quoted “The one thing about having this kind of warning is how you appreciate every single day of life”. 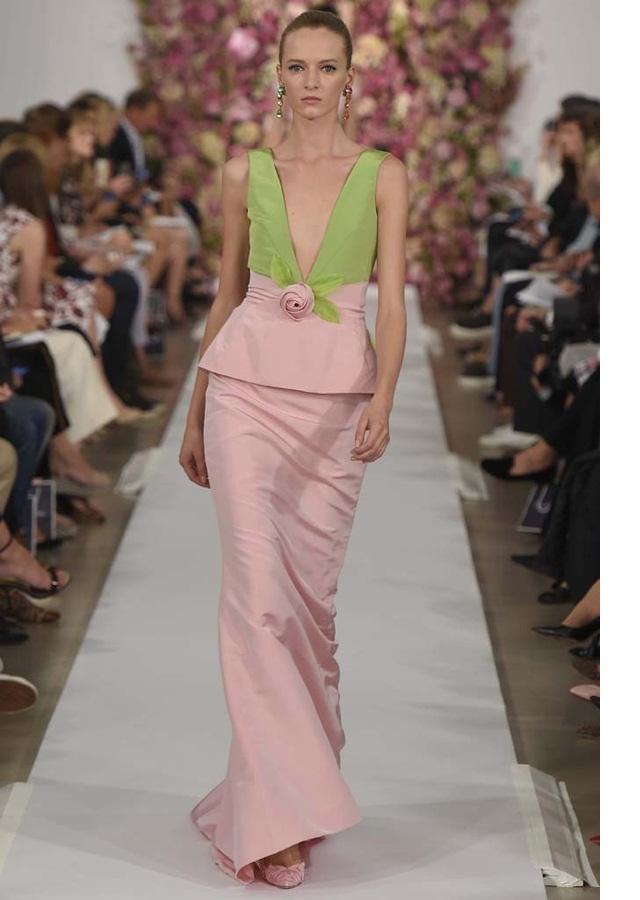