Rick Owens: “It’s funny -whenever someone talks about rules, I just want to break them” 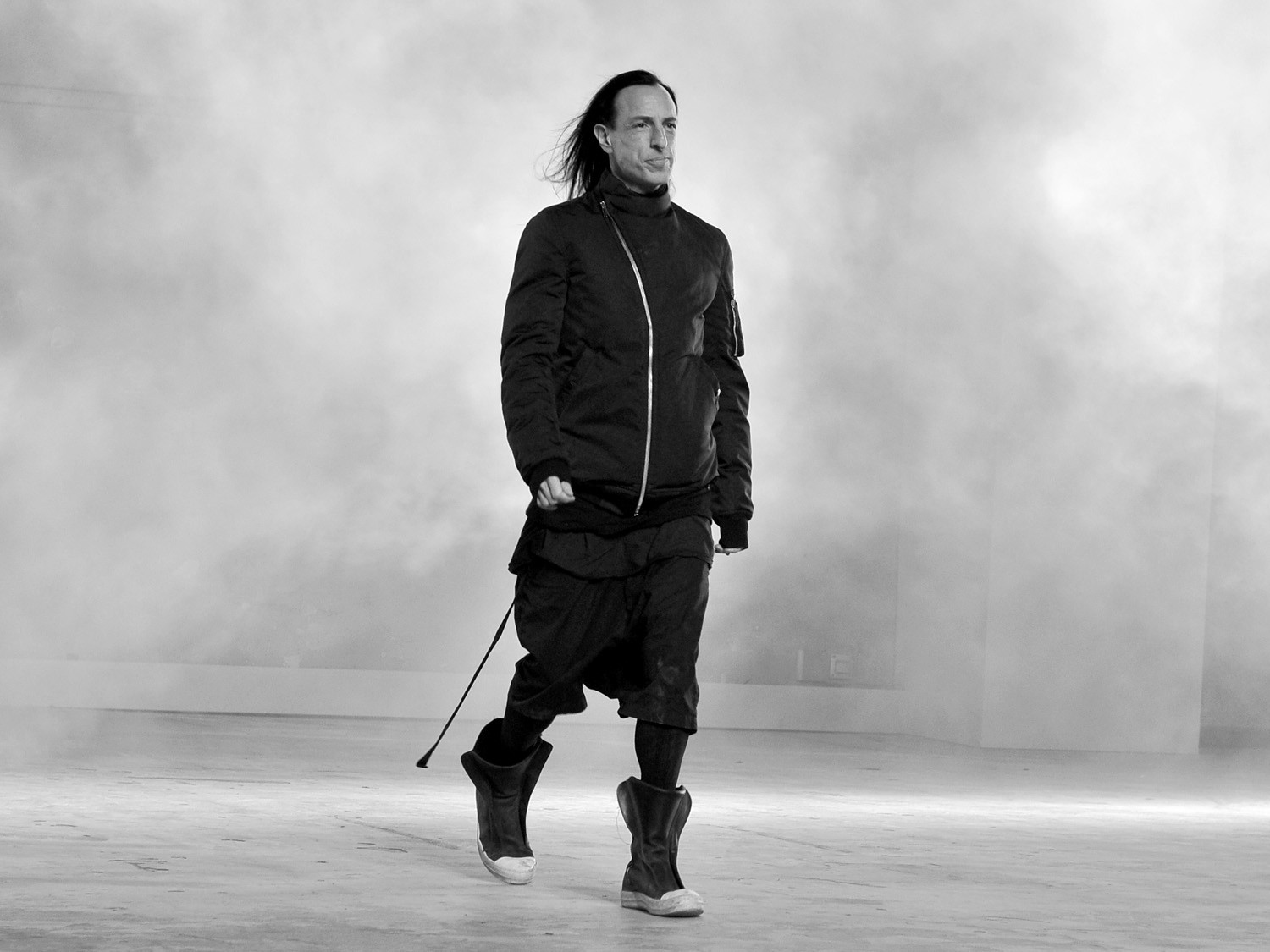 For fashion designer Rick Owens, gender, the most basic way of defining and separating people into groups, is just another tag he needs to erase so as to fully unleash the hidden powers of human existence.

The world of Rick Owens works as a kind of psychodrama. The only difference is that he doesn’t follow the travelled route, where those participating reenact scenes from their life, rather than simply talk about them. In Rick’ s world, the solution can be found in the present. That is, the present as he understands it.

The main characteristic of his world is his constant aversion towards anything conventional. There is no financial, political or more importantly, social separation. Behind the racial idea that Owens has, exists a figure almost anarchic in nature, that is not concerned with its behavior, partaking in the very concept it represents: the idea for equality. It is a need that stems from his childhood experiences, but also from the current state of the social construct. Living in a society as openly racist towards women and immigrants alike, Owens came up with his own solution to survive life in 1970s Porterville, California: he doesn’t try and equate the differences between the sexes; he tries to bring them together.

This is the main reason that the archetype he creates is often labeled as asexual, a tag that he doesn’t actually mind. His choice of form and freedom of shape, his neutral colors and lack of accessories, point towards this direction. It is a direction that defines pandrogeny, an archetype that doesn’t conform to standards, nor can it be controlled. Like the man himself says, “It’s funny—whenever someone talks about rules, I just want to break them”.