The Future of Fashion Film

THE FUTURE OF FASHION FILM
faces in film 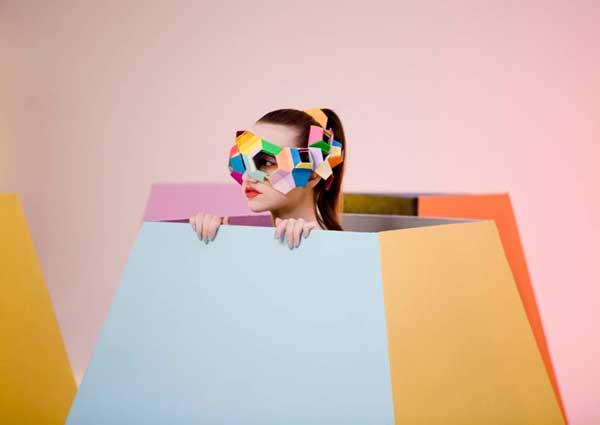 Within the past few seasons, it has been difficult not to take notice of fashion houses that have begun to circulate films around their brands. Fashion film has quickly become a staple in supplementing the culture of a fashion house. The medium of moving image is the one space in the world of fashion design, that a runway show or presentation is now not the only channel to translate the influence of a designer’s visual concepts. Although, that is not to say that fashion films are free of commerce and solely produced for imaginative value. Yet, it is a digital platform that allows the viewer to transcend beyond runway images and individual product.

During London Fashion Week for the Autumn/Winter 2011 season, the amount of designer fashion films that were premiered was astonishing. After viewing film after innovatory film, it was a safe bet to maintain that more and more designers have adapted this digital channel of moving image as a necessity to brand growth and visibility. With a medium that is relatively new to the fashion world, designers and even independent platforms creating short film are beginning to usher us into a new phase of the industry that allows us to look at clothing and the ideation behind them in a fresh, invigorated manner. Fashion film is evolving before our eyes while designers are quickly advancing the ways in which they employ the function of moving image.

Una Burke, the luminous designer that creates sculptural leather accessories that have enveloped the bodies of Lady Gaga and Daphne Guinness, debuted her film ‘Meta.Morph’ with director Andreas Waldschutz. The stunning, clandestine imagery journeys viewers through sensibilities of claustrophobia and entrapment that the lead character experiences while wearing Burke’s tremendous leather pieces that exhibit the craftsmanship of her work. In ‘Meta.Morph’, you are taken through a visual story that allows us to get engulfed into the psyche of the designer that explores themes of fragmentation evident in her current collection.

The designers behind label Draw in Light, had a different approach this season. Showing their short film at the Somerset House, Harry Barford and Polly Wilkinson gave a narrative tour into the ethos of Draw in Light. The exploration of the friendship between the design duo along with their design process made for an intimate viewing experience. ‘You can make anything visual and that can be limitless,’ Barford explains of her film. With boundless communication possible through moving image, Harry believes that fashion film can positively ‘build up the identity you want to project about your work.’ Meanwhile, we were taken a psychedelic escapade through Fred Butler’s Autumn/ Winter 2011 film titled ‘Incandescent Meta-Morph-Incessant’. The collaboration between Butler, film director Elisha-Smith Leverock, and stylist Kim Howells, explores 1960’s spaceage structuralism that piques our affection for vivid ingenuity. The famed prop and accessory designer experiments with paper and collage in a way that compels the viewer to have a new found penchant for wearable colorful graphics. While the model extends playful glimpses into Butler’s skillful body of work throughout the film, leaving you with an energetic feeling of visual stimulation.

Designers have adapted to the film medium, produced impeccable works that are tailored to the brand’s esthetic and have allowed the films to become an extension of the brand’s essence. Although, there is a new outlet on the block that is changing the way we engage with fashion film entirely. Amber Gordon, the founder of Imagine Fashion, understands the importance of maintaining the creativity in fashion film. She launched the online and mobile fashion film destination, Imagine Fashion, this past February and is taking print editorial into the digital space. By offering beautiful, editorial film content directed and featuring industry giants like Francesco Carrozzini, Elisa Sednaoui and Poppy Delevigne, Imagine Fashion is taking moving image to it’s highest interactive potential.

The website’s technology allows you to hover over each film with your mouse and shop each piece that was featured in the film, directly on the same web page – even down to the lipstick worn by Paz de La Huerta. Not to mention, the option and capability to share the video with friends on Facebook – giving you the proper interactive experience of high fashion editorial. The future of fashion film is quickly flourishing with brilliance. Whether it be a designer or a new platform releasing a film, we are being exposed to something fresh, something new – a place where innovation has no barriers and where creativity is intimate. Moving image in fashion film gives us a little nudge and encouragement to give in to the fantasy that has always charmed us about fashion in the first place.