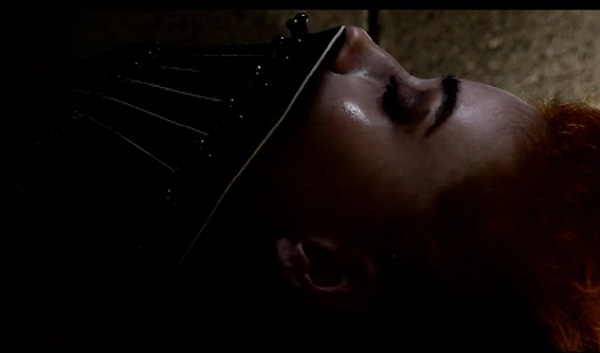 The irish designer Una Burke, participate in the event through the presentation of her fashion film META.MORPH. The designer explores the relationship between fashion, art and phychology and continually aims to create leather objects which are both visually captivating and technically challenging. The fashion film presents Una Burke’s A/W 2011 collection with sculptural accessories and armour like body pieces which seem to captivate the human body . The film is directed by Andreas Waldschuetz & Adia Trischler.

In addition to that, the video below shows May Roosevelt, a thereminist who has collaborated with both Greek and international established musicians, performing while Atelier Loukia presented a part of her A/W 2011 collection. This collection will also be presented on July 2011, during Paris Haute Couture Fashion Week organised by ‘Federation de la couture francaise’ in Paris. May Roosevelt performed live part of her new album ‘Haunted’ for 4FASHIONSHAKE III. The album grows inspiration from Greek traditional music rhythms to contemporary dance music.