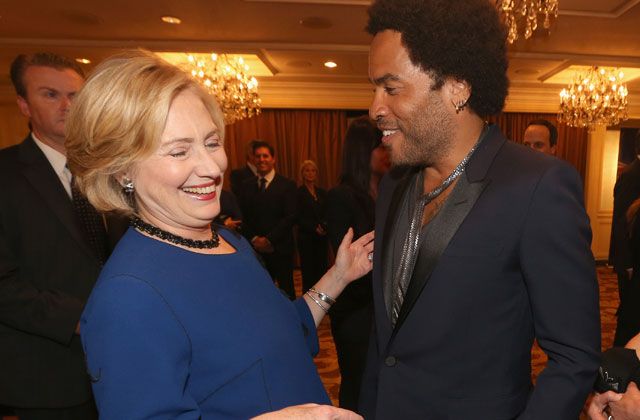 Ηillary Clinton may be the next US president. but she is still a human and needs to chat other stuff besides politics. And one of these things is Lenny Kravitz’s penis.

While being interviewed by Lena Dunham for Leny Letter, Mrs. Clinton “thought this was going to be an interview with Lenny Kravitz” and Dunham could not let that drop and lead the conversation to this topic. A while ago Kravitz had his penis exposed, during a concert, when his leather pants were torn off, and everything was suddenly visible. Even his piercing.

And even though Mrs. Clinton has not watched footage of the event, she’ d really love to watch it. “Do you think I can get that? Yeah I’ll look for that.”