Christian Willough spent one night in jail and did not hesitate to post his “review” on Facebook, imitating the style of Trip Advisor! Can you imagine how many stars he gave it?

His account went crazy, after the review and the photos Christian Willough uploaded,  telling about the experience he had in the prison of Grimsby in England. Specifically, he gave it four stars – as if he was writing on TripAdvisor, stating that he had his own suite, that the staff was wonderful – “I had my own butler to bring me tea and newspapers” – as he wrote. The room was minimal, but perfectly safe, and according to Christian, it is the best place to relax after a long day. In other words, the food was the only factor that prevented him from giving it five stars… When asked how he managed to take all these pictures, considering that mobiles are not allowed there, he replied that he used his Ipad!

The police referred to it as a violation of the detainee’s safety and investigates the circumstances of the incident, in order to prevent similar actions in the future. Christian Willough, however, ends his post with the following words: “I’d definitely come back!” Let’s hope he doesn’t mean it… 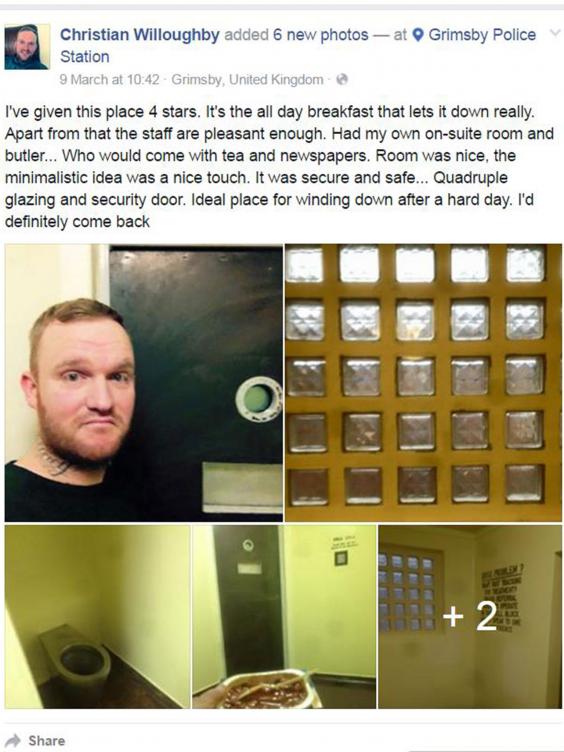