This Is How A Surfer Fights Off Shark Attack 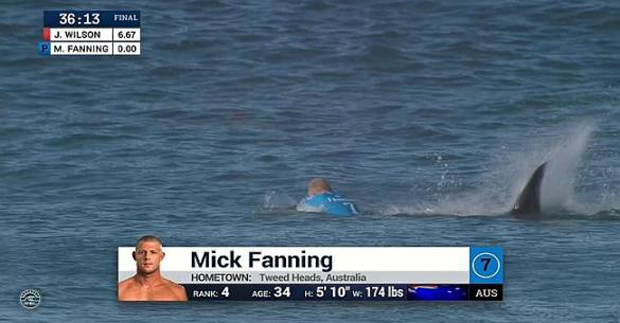 Right in the middle of the J-Bay Open competition in South Africa, three-times surfing world champion Mick Fanning was attacked by a shark.

“I just had this instinct that something was behind me.” said Fanning when speaking to the World Surf League website. “And then all of a sudden, I felt like I started getting pulled under water. Then the shark came up, and I was on my board and it was like right there, and I saw the whole thing thrashing around”.

The rest of the event was cancelled by the World Surf League, with Wilson and Fanning both agreeing to take second place in the competition and split the prize money. Watch the whole thing above.