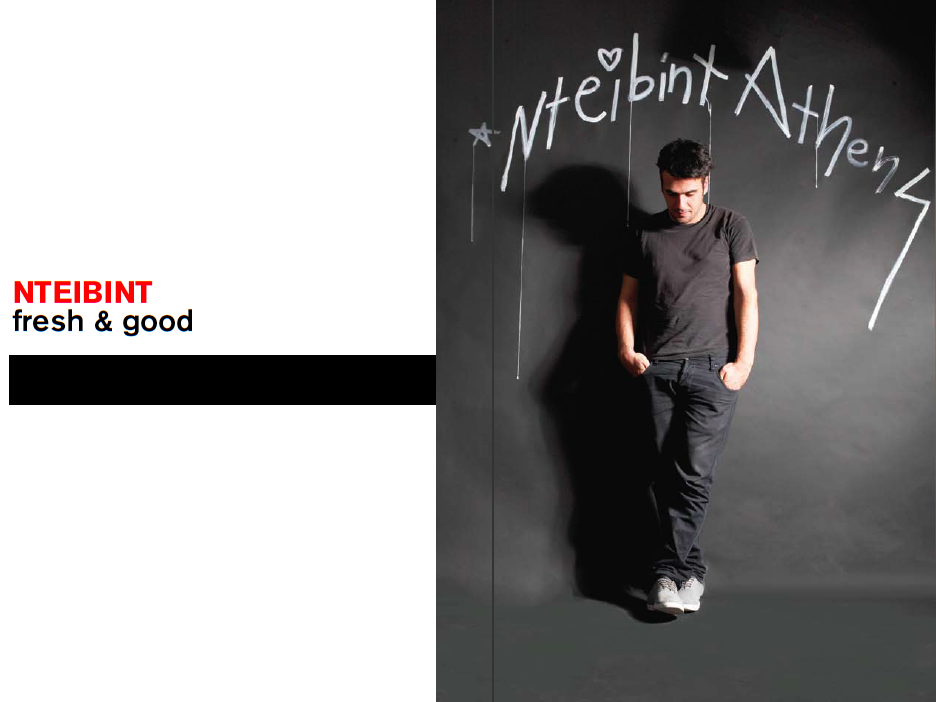 His name may be written in Greek characters, but his music goes beyond the Greek borders, mainly through the impressive sales of his Jamie Lidell “Little Bit of Feel Good” remix which came out from Warp records. His reputation is growing through his myspace page, and his sound blasts through the speakers at each one of his explosive dj sets.

How did the Nteivint project come about? Is the name significant (and in the Greek characters), since it isn’t your actual name? I didn’t want to use my real name because this project is simply one specific aspect of my musical self. ΝΤΕΪΒΙΝΤ. It is my Greek approach to an international electronic sound. The project emerged after the release on Warp; there wasn’t anything like this before that, which is why I wanted a name that wouldn’t have a clear meaning to the English. I wanted to avoid grandiose names associated with a particular style / type of music.

What inspires you when writing music? What would you consider your main influences? The music that comes out of this project, both the remixes and the original tracks that I’ve been writing during this period is all influenced considerably by the “city” and the urban landscape. I would say the sound is hard and rough and the dominant element in all my work is the rock era of the late 70s. That’s why sometimes I write a song while walking in the city, taking inspiration from the noise and people. A name that I could say had an effect on me as far as electronic music goes, is Mr. Oizo, especially in terms of aesthetics. Also, the complexity of the work of Gonzales is stunning, and there are 2-3 records that will get a release during 2009-10 that are worth watching out for.

What are you listening to at home at the moment? I watch and listen to a lot of different things, often unrelated to the music I write. As I mentioned previously, ΝΤΕΪΒΙΝΤ is just an aspect of my own music, so I prefer not to limit myself just to electronic sounds. Lately though I’ve spent time listening to psychedelic rock and early alternative bands like Husker-Du.

What are your future plans? (releases, live, other projects?) The project is almost a year old now and there have been quite a few releases. There’s a few things I’ve written which will be released abroad including a recent remix I did for Micachu (Beggars, Rough Trade), which you can preview on her MySpace. Also some discussions are underway about some possible partnerships here in Greece.