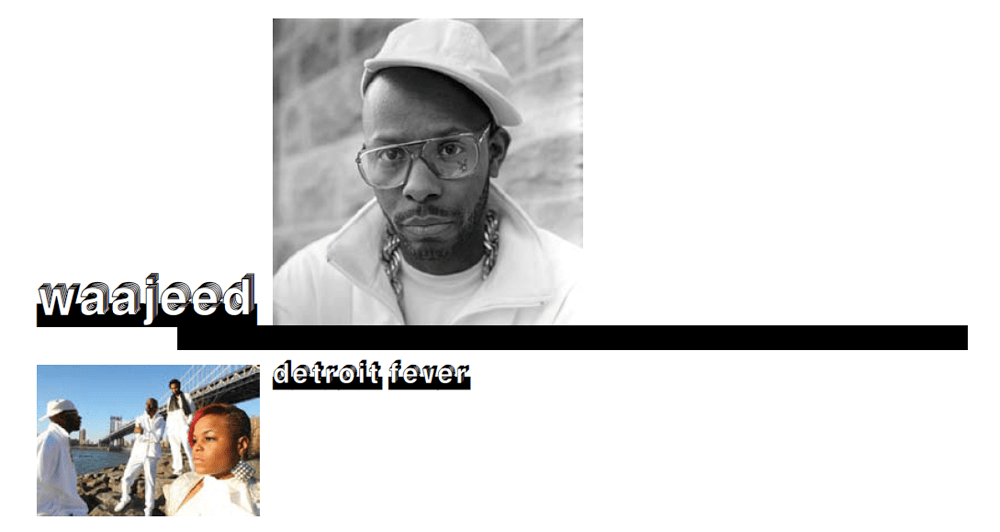 WHEN “TRIPLE P” HIT THREE YEARS AGO, JUST MONTHS BEFORE DILLA’S UNTIMELY DEPARTURE, HEADS NOT ONLY TUNED IN – THEY TOOK NOTES. NOW WITH THE SOPHOMORE RELEASE (“ABUNDANCE”) WAAJEED & SAADIQ HAVE TAKEN IT TO THE NEXT LEVEL.

The new album’s taken a different direction to your debut; what’s the concept? To keep it fresh and moving; the core of PPP is the producers, so our goal is to always do something new, that’s also why we rotate the cast with new members in every album – basically the sound, the idea and the goal are all bigger.

There’s also been a name change… Yeah, we’ve slimmed things down; Platinum Pied Pipers was a tongue twister for lots of people (including my mom!), so we wanted to trim it down, trim the fat.

You’ve discovered artists that are starting to get attention (Tiombe Lockhart, Invincible etc.); how did you find these people? These days everyone’s a singer or a writer, so the problem isn’t meeting people, it’s cutting through the fat to find ones that fit my mould! I want them to be fresh, be on their toes, but I also want people that are consistent and can perform.

What inspired you while recording? My biggest influence was life, being a student of the world; it’s impossible to dictate one influence, but if I had to, it’s music from Detroit: funk, techno, house, gospel… Detroit’s an original place, full of hard times and inspiration, pressure either busts pipes or makes diamonds and Detroit is one of those places; it’ll make you or break you.

Pete Rock recently talked about some Isaac Hayes records that formed the way he listens to music and understands production – is there anyone that did that for you? Yeah, Pete Rock was that person for me! He taught us not to think about limitations, just how far you can push it, that you can say less with more. Pete Rock’s the producer’s producer; he’s the go-to guy when you want inspiration… When I came up, and even now, as far as hip hop’s concerned he’s that dude.

You’re touring Europe with the new album, including the Haig event in Athens this October – what can people expect? A celebration: of life, new ideas, an “abundance” of anything good; that’s what the album and the performance are about – coming to have a good time, to take a journey into “Abundance”. Almost every song on the album’s an affirmation, something you say to yourself when you brush your teeth in front οf the mirror and expect to have a good day!