What hasn’t this man done? From becoming one of the most recognised Greek DJs in Europe to starting his own band and record label, Leon Segka’s career has spanned decades and crossed a wide range of areas in the music industry. 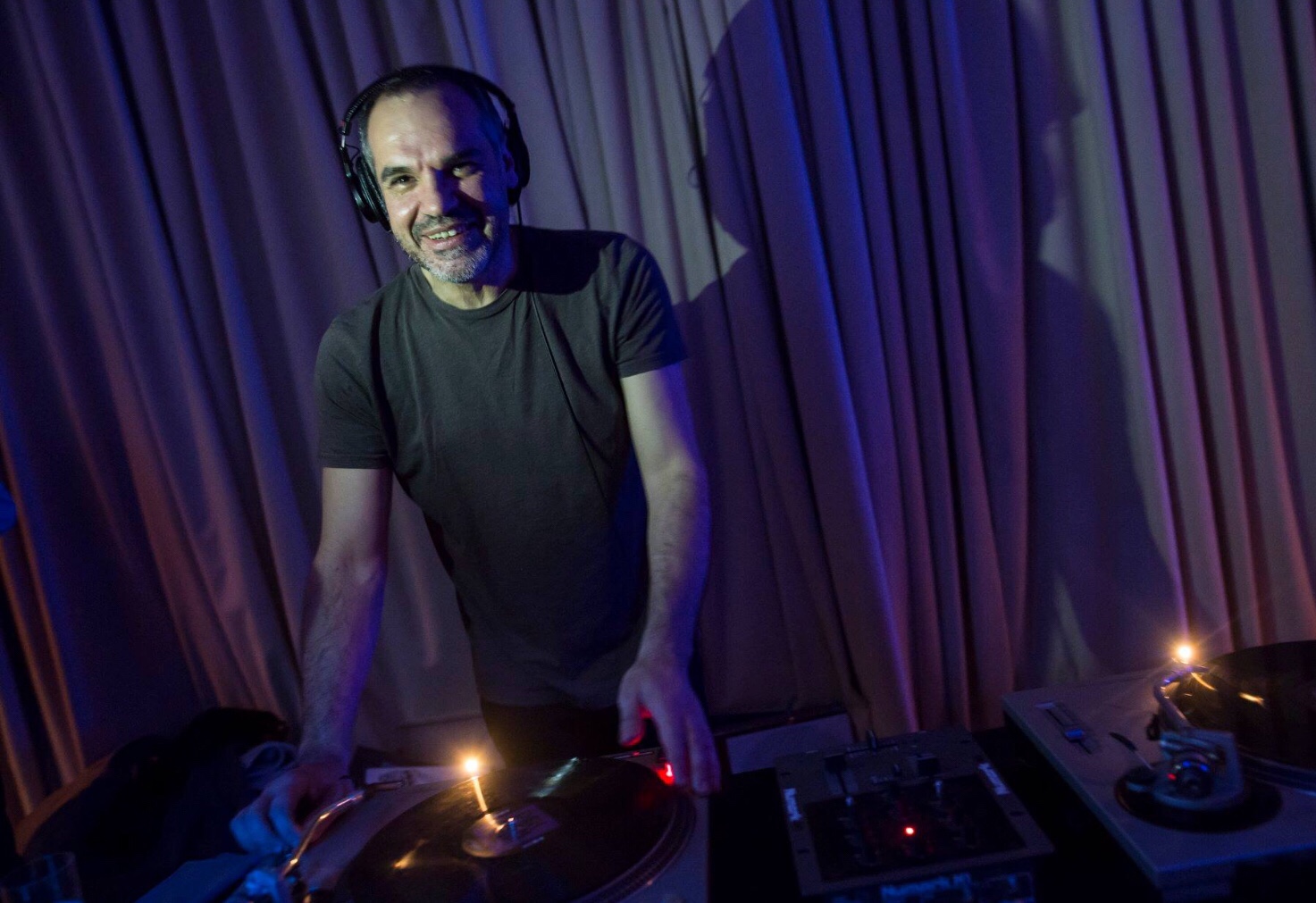 His interest in music began with playing the guitar when he was 12 but he quickly moved onto DJing and dance music. After studying computer analysis at university, Segka decided to dedicate his time to becoming a professional disc jockey. He continued from strong to strength building a name for himself in Athens before moving to Berlin in 2003 where we began his other projects – music label Ntrop and experimental band Joalz. Today, his Resident Advisor page boasts an impressive discography of releases under both his own name and Joalz.

Lately, Segka has turned his attention to a fresh endeavour, a record and analogue equipment store called Homcore in Athens. The name implies that ‘home’ is at the core of the space which Segka makes as welcoming as possible with sofas, nice lighting and he might even buy you a coffee if you interview him (thank you!). Homcore began two years ago but recently moved to a new building. We attended the opening night where live musicians performed and celebrated this new phase in Homcore’s life. A few days later Segka invited us back to his shop. Standing in the cozy apartment style room surrounded by vinyls by artists like Massive Attack, Gumba Fire and Angelo Ioakimoglu, we chat about this exciting new venture. 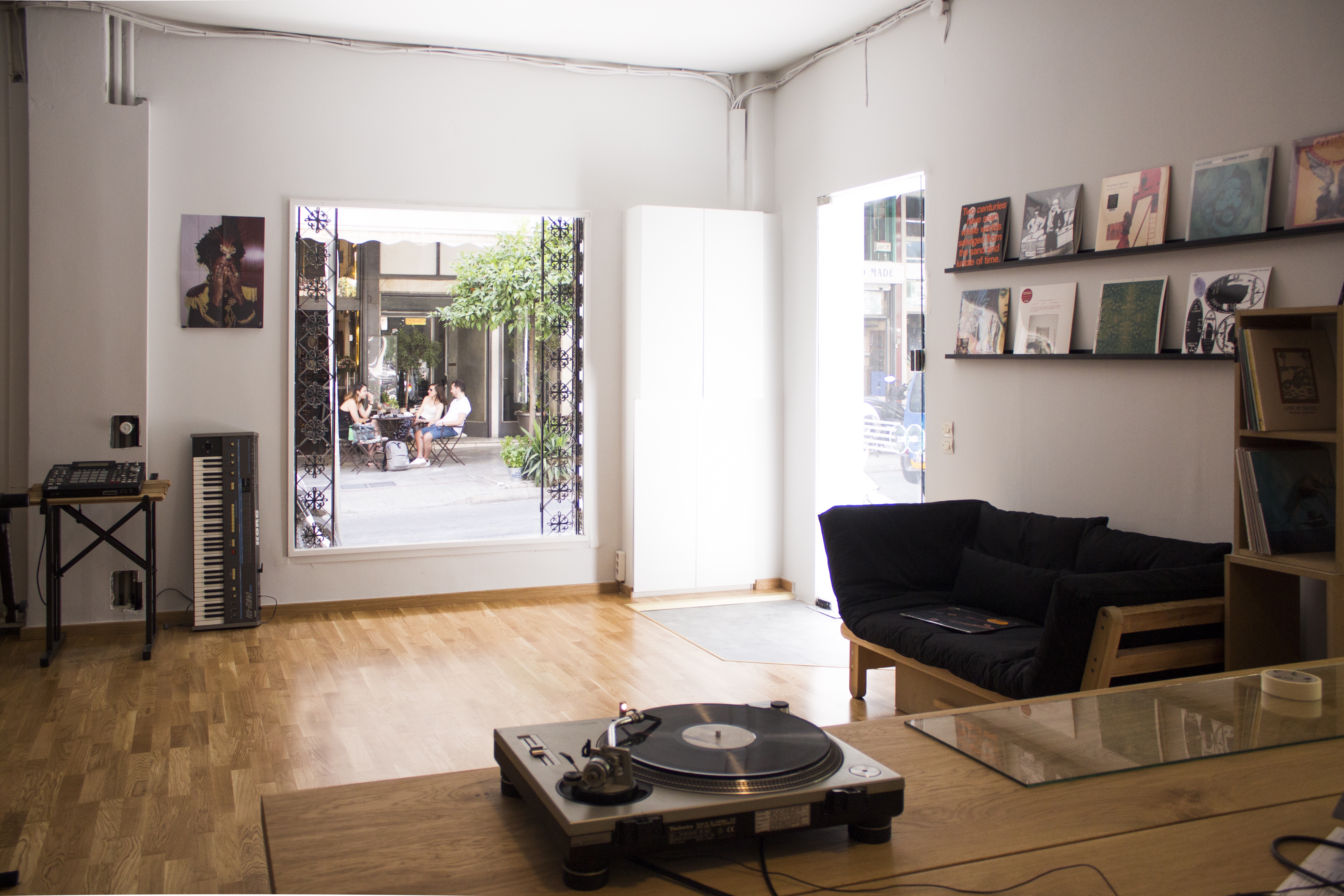 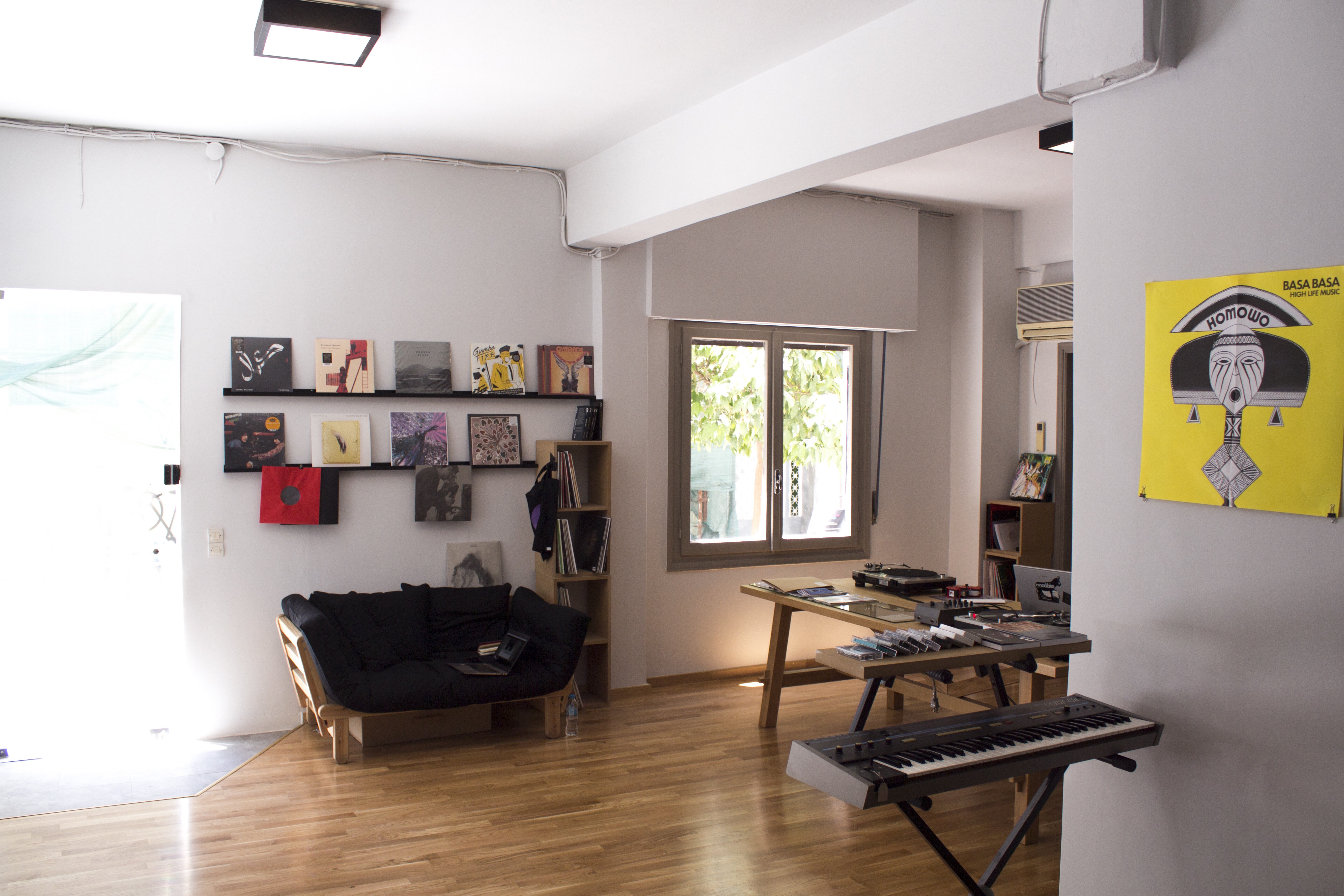 Why did you open this new store?

To me the whole idea is just “let’s see if it works”. It was not really about practical reasons but I did want some more space for a studio in case I start another label one day. But maybe in this space people will get a better understanding of the the concept behind the store and that will help me to get on better with other music things.

Could you tell us a bit about the opening night?

Sometimes these nights can be a little bit stressful for me. I had to explain to the artists that you need to use the instruments as if they are in your home and for the audience outside, they need to be careful not to bother the neighbours. The visitors really enjoyed having a drink somewhere unconventional but this place is not made for that, it’s not a bar. So I was not very relaxed during but at the end of the night I had my drink after everything went well (laughs).

We had Kostadis Michial, a popular experimental Electra-acoustic artist then Anna Vs June performed, the new pick up by Redbull academy from Greece. She has a unique electronic approach to risitika, the traditional Cretican songs which uses very dark words describing sorrow and feelings. Then there were friends and DJs playing in the back room – soon to be named the stereo room which will house hi-fi equipment.

So you said this shop is based is built upon ideas you had in Berlin?

Yes it is very personal shop with music that I like to listen to. You can find things like massive attack to electronic techno, books I like to read, equipment I know well. I want anyone who comes in here to be more relaxed because Athens can be chaotic. People can be aggressive sometimes and it makes everyday life harder so I want when someone comes in here to be relaxed, listen to music, read and have conversations.The most important part of all of this is to use the turntables and vinyls as part of a home. That’s why I spend nearly 12 hours here everyday.

Having lived in Athens, Berlin and New York, how do the music scene compare?

The differences between Germany and Greece on the surface are huge: the environment, the people, etc…So wherever I go, I try and become a little bit of what I’m not. Here I’m a little bit more German than the Greek people here and vice versa in Germany. I think the best place is where I choose to be and being a musician is always difficult when you don’t have any money

What do you think the place of analogue equipment and vinyl is now today?

Personally, there is no alternative to vinyl for me but I respect people who use different formats. To me, it’s something you hold and smell and it plays much better quality sound but it’s not a coincidence that it is the first physical format overcoming the digital era. People have a need to own something physical, I hope books also follow (laughs) but it is very good to see, not that I’m against digital music but people will leave here and have something in their bag. They have all the information with them, what is the label, who are the musicians etc. That appears to be attracting more and more people. The use of the internet to get information means when someone comes in here, they know already what they want which is good for me. They’ve already checked YouTube, Bandcamp or SoundCloud – They are more well informed. In the past people had to go to the record store or the club to find music, now most of the visitors they know, of course they always ask “What would you suggest Leon?” But customers are much more well informed now and this is good.

Usually the distributors will let us know about new releases a few months in advance before they appear online, so when I want to decide I usually use SoundCloud because it’s the simplest platform, also I don’t use a phone…

Yeah I don’t want to have internet when I leave the shop because then I’ll have to listen to this and that…then you’ll never stop.

What’s your favourite record in the shop?

I like every record the same and the collection is very open in terms of the genre, from obscure dark jazz, techno, electronic the idea is to offer to the people the way I used to live all the years back in Berlin. I have turned my store into a home which means not having very many records, just the essential music equipment and not being so fancy. So two years ago I decided to make it happen. At the first venue there was no front door so you had to enter through a window and so three weeks ago we made the move to expand the same idea into a bigger place – the store you see today

I was going to ask you about the quote on your website “we believe music should be the core of each modern or classical home”. What does this mean for you?

I believe music can be a cure for all the tension outside. It’s not for everyone, for some people they have family or religion. For me music is a basic need.