Without any kind of formal announcement, the electronic music producer’s logo was spotted yesterday in London Underground station Elephant and Castle. The south London borough is rumoured to have been where Aphex Twin, a.k.a Richard D James, lived in the 90s. Today another similar image was discovered on garage in Turin where James will headline the Club to Club festival this coming November. 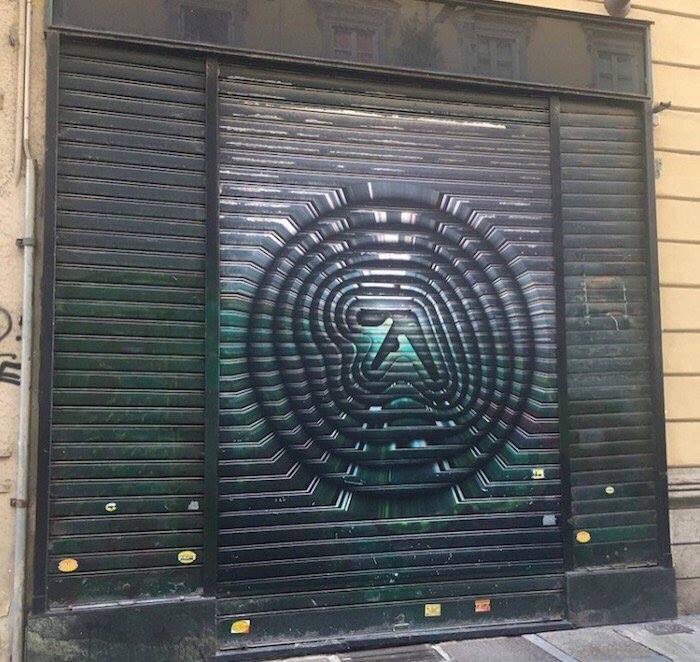 It’s has been almost four years since his last Album Syro was announced via a lime green blimp being flown over London. His last activity was in 2017 when he released a single called 3 Gerald Remix /24 TSIM 2. These appearances have sparked speculation that a new album is coming soon before he performs for the first time in Berlin for 15 years at Funkhouse club on the first of November.

His tracks have been used by other musicians such as Die Antword who used his Ageispolis for their single Ugly Boy three years ago.

One of his ambiant works, Cliffs, was used in the 2001 movie Manic, starring Zoe Deschanel and Joseph Gordon-Levitt who play troubled teens in a children’s home.

Whatever this is, it is defiantly not a coincidence so keep your eyes peeled for new releases!