Thomas Granseuer and Tomislav Topic, better known by their shared name Quintessenz, have installed a new art work called Kagkatikas Secret on the island of Paxos. The two German artists, who met at Hildesheim Arts and Science University have a back ground graffiti, hung rows of spray painted mesh across the ruins of a 400 year old stone house in Kagkatika.

The exhibition is up from the 22nd of June until the 9th of September as part of the Paxos Contemporary Art Project (P-CAP). This year’s project was curated by Berlin based Leonid Keller.

Over 120 colours were used to create gentle gradations of colours which flicker in the wind and sun. The aim of this is to “create works that are kind of disorientating” and to make it seem as if something digital has appeared in the “analogue world” they said in an interview with the Fast Company.

The rectangular colours become real life pixels which constantly shift hue depending on the colours behind that panel in that moment causing sudden glitches in the tonal scale.The artificiality of the colours are shocking in contrast to the natural landscape and the maturing grey rock of the house. Overall it is incredibly peaceful and mesmerising to watch. To experience it yourself check out the videos and pictures below. 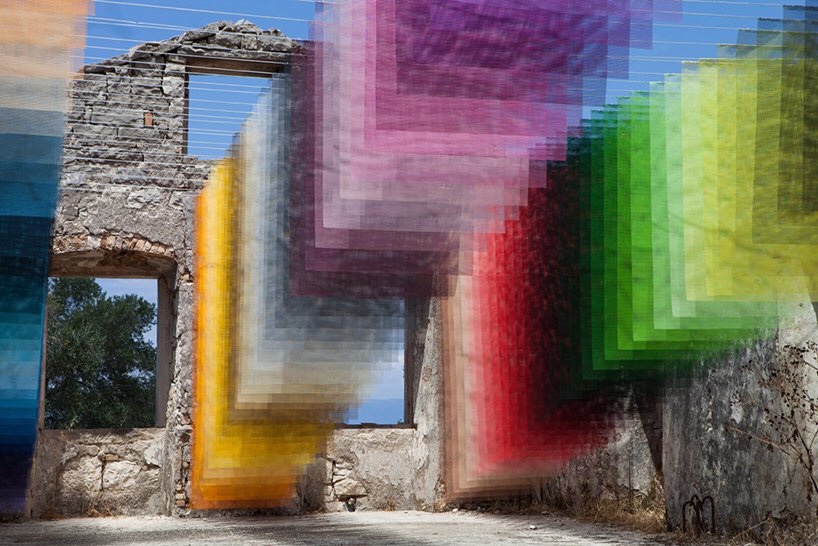