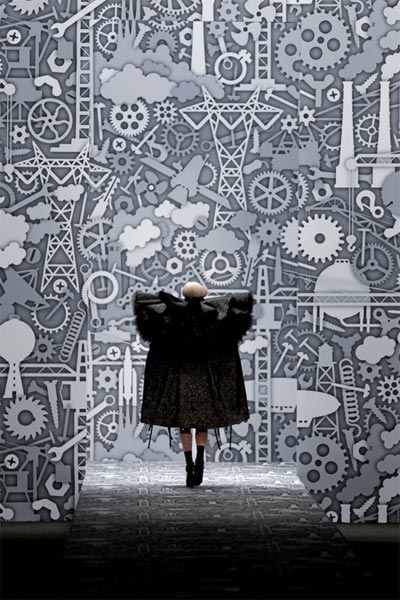 The one kilometre long catwalk was covered in an intricate pattern of mechanical symbols and industrial imagery, originally designed as a marquetry pattern for a series of furniture pieces from 2008 called Industry, which evolved to a more theatrical, 3D scenery, specially for the occasion.