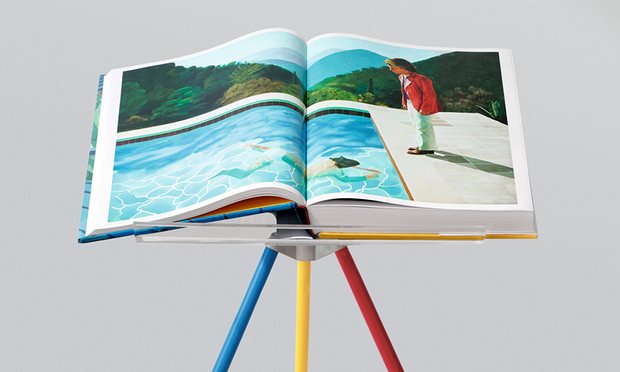 David Hockey is set to release a career-spanning limited edition art book that weighs 35kg featuring 450 signed prints, yours for £1,750. David Hockey: A Bigger Book will be the largest ever book (technically called a tome) dedicated to the contemporary artist’s work. Limited to 10,000 copies, the volume is so large that its purchase includes an adjustable book stand.

Hockney has called in “an autobiography in pictures, made by a person who loves pictures and makes them.” The book is primarily visual, with next-to no text featured. Hockney has explained that he imagines it as a type of private and permanent exhibition at home, viewed at any time. Its dimensions are 200cm x 70cm and was designed with Hockney playing a part in the entirety of its production process. The book’s editor, Hans Werner Holzwarth, has stated that “It’s the first time having a book in a size which is more like a painting, instead of a small reproduction.”

The book will feature thousands of images and prints, including some of Hockney’s most famous paintings alongside previously unreleased work. You can get your copy here.