Tom of Finland the artist who drew a legendary gay aesthetic

Born in 1920 Tom of Finland spent his life during the day as a senior art director at the McCann Erickson advertising agency in Finland working under his real name which was Touko Laaksonen. Outside office hours though, he let his imagination and sexual fantasies free to inspire explicit sketches of men belonging to stereotypically hyper-masculine working class groups like sailors, bikers, lumberjacks and construction workers which he signed by his pseudonym. Tom of Finland used his art as a means to oppose to the extreme discrimination and police brutality that gay men had to deal with at the time, since homosexuality wasn’t decriminalized in Finland until 1971. Through his work, he is ridiculing the authorities by drawing policemen with cheeky smiles and engorged penises having sex with other men. Tom of Finland’s pictures ignited a entire fashion-style movement with police and military uniform references that was adopted by other influential figures of that era amongst which were the legendary front-man of the rock band Queen Freddie Mercury, Frankie Goes to Hollywood and, of course, Glenn Hughes, the leather-man from the Village People.

His work had gained recognition for its artistic value even outside the LGBTQ community. Fellow contemporaneous artists such as Andy Warhol, Robert Mapplethorpe, Raymond Pettibon and Mike Kelley had all admired and supported his creative contribution to the art world. Additionally, to date, there have been numerous exhibitions all around the world showcasing his captivating and stimulating illustrations, with Tom of Finland: The Pleasure of Play in New York and Ecce Homo – The Preliminary Drawings in Berlin being the most notable examples as well as being part of the permanent collection at MoMa. In 2014 Finland proudly acknowledged his legacy by producing a set of postal stamps featuring Tom of Finland’s illustrations. 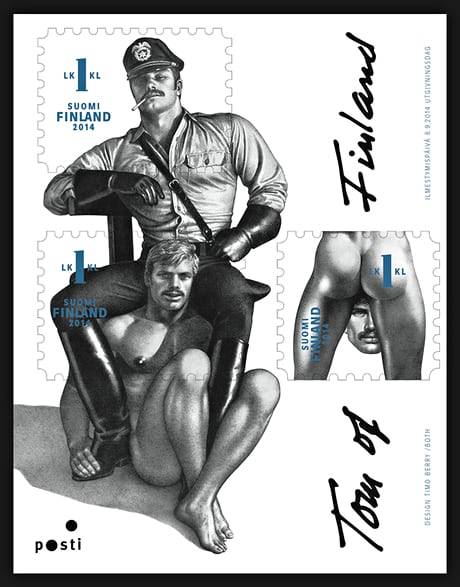 Even millennials have embraced his drawings. “In Finland, you can see 15-year-old girls walking around with Tom of Finland T-shirts. It’s cool, it’s sexy, it’s edgy, the drawings are magnificent – there’s something about the attitude that also entices young women” says Dome Karukoski. Karukoski directed the Tom of Finland film based on his life which was released this past February (24/02). The film is a retrospective of the artists’ troubled yet thrilling life during an oppressive time in history. 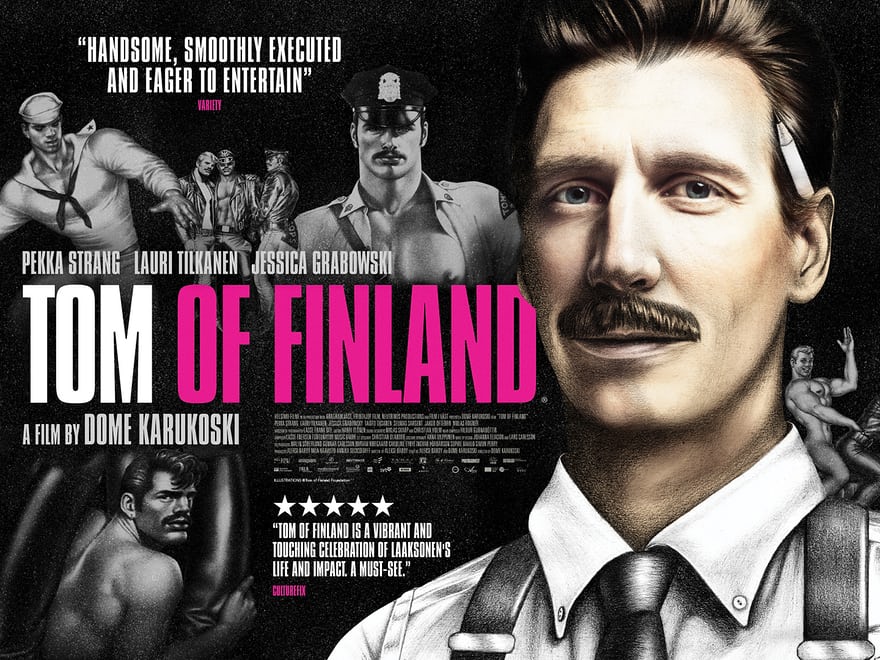