Summer Re-issues: A love letter to the classics 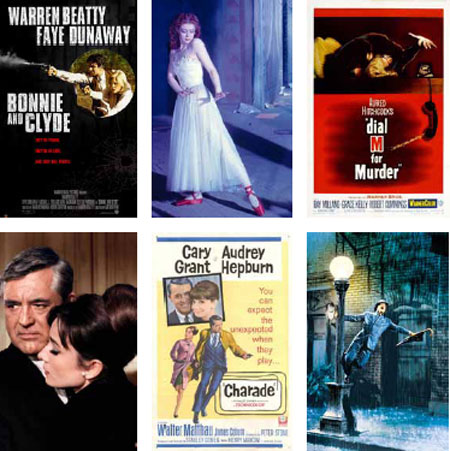 Five classic movies are reissued this summer making it look like a technicolor triumph in cinemascope.

‘Dial M For Murder’ filmed in 1954 by Alfred Hitchcock, was meant to be the apotheosis of glittering Grace Kelly in, at the time, pioneering 3D technique. Faithful to its theatrical origins, it remains one of the most elaborate films by the British master with at least one classic scene and every good reason to feel unsafe in view of scissors. (June 10)

Nobody will ever know how different the world (of the movies) would be had ‘Singing in the rain’ not been directed in 1952 by Gene Kelly and Stanley Donen. Despite its falling reputation in the years that followed, the legend remains alive sixty years on of a film that speaks primarily on how true Gene Kelly is when dancing ‘Singin ‘In The Rain’ under a fake rain. (15 July).

‘Red Shoes’ by Michael Powell and Emerik Pressburger (1948) begins inspired by so-called fairytale by Hans Christian Andersen before taking off in a technicolor frenzy on love and art rarely seen in the history of cinema. Even if Martin Scorsese had not proclaimed it as the best film of all times, the word ‘masterpiece’ is still unable to convey the experience. (July 22)

The statement ‘The best Hitchcock movie that Hitchcock never did’ is enough to describe what happens on screen when Audrey Hepburn meets Cary Grant in an elaborate story of mystery. Shot by Stanley Donen in 1963, ‘Charade’ is as classic as Henry Mancini’s theme and as romantic as its third star, Paris. (July 1)

Doomed to remain in eternity, Clyde Barrow and Bonnie Parker, lived and died as outlaws at the time of America’s economic crash before becoming two of the most violent and tragic film characters ever seen in cinema. With a finale still causing shivers and a key pair (Warren Beatty and Faye Dunaway) exploding in every scene, ‘Bonnie And Clyde ‘by Arthur Penn (1967) is one of these movies that one can label, without a trace of regret, a classic modern. (July 25)

SUMMER RE-ISSUES: A LOVE LETTER TO THE CLASSICS